‘Rickshaw Girl’ to participate in DIFF 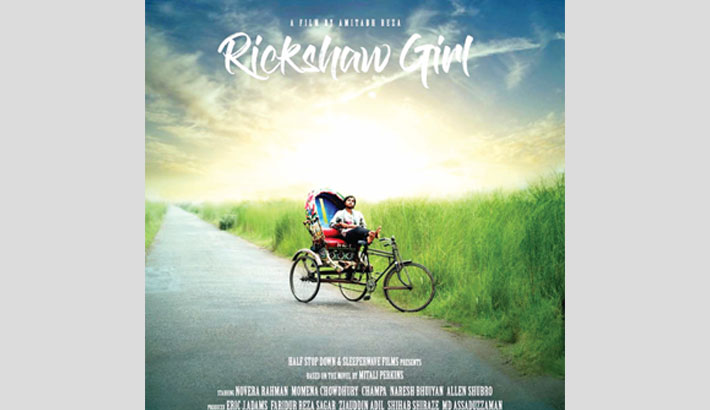 Noted filmmaker Amitabh Reza’s upcoming film ‘Rickshaw Girl’ will be screened at the Durban International Film Festival (DIFF) in South Africa. The 10-day festival will begin on July 22 this year.

“We are thrilled to announce that our film ‘Rickshaw Girl’ has been invited to compete and screen at the Durban International Film Festival, South Africa’s oldest film festival. This acceptance qualifies us to submit to the Academy Awards next year”, Amitabh wrote.

The story of ‘Rickshaw Girl’ revolves around Naima, a painter of traditional motifs, and her struggles. It is based on Mitali Perkins’ 2007 best-selling novel Rickshaw Girl, which was chosen by New York Public Library as one of the 100 best children’s books of the past 100 years.

Bangladesh-born American writer Sharbari Z Ahmed, who has earned plaudits as a screenwriter working for ABC’s TV show ‘Quantico,’ has written the screenplay for the film.

Actor Novera Rahman will be seen acting as Naima in the film.

The shooting of the film ‘Rickshaw Girl’ took place at different locations in across the country, including, Pabna