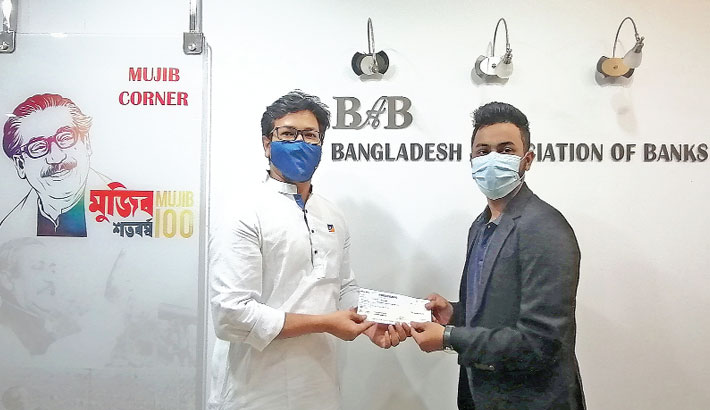 An official of BRAC Bank hands over a cheque worth Tk 50 million to the Bangladesh Association of Banks (BAB) at a function in the capital on Thursday.

BRAC Bank has donated Tk 50 million to the Prime Minister’s Relief and Welfare Fund for providing food to the people affected by Covid-19.

The bank handed over a cheque worth Taka 50 million to the Bangladesh Association of Banks (BAB) on Thursday, said a press release.

The BAB has recently proposed to extend emergency food support among the corona affected people through the Prime Minister’s Relief and Welfare Fund at a virtual meeting.

BRAC Bank Managing Director and CEO Selim RF Hussain said that corona has impacted millions who are struggling to meet the ends and this is a small contribution that would mitigate the suffering in the time of crisis.

We would continue supporting the people who need help, he added.

Earlier in March 2021, BRAC Bank also contributed Tk 50 million in favour of Bangabandhu Memorial Trust as part of a contribution to the Prime Minister’s Ashrayan-2 project to support the homeless marking the Mujib Borsho and the golden jubilee of Bangladesh’s independence.