Shipan, Subah pair up in drama for first time 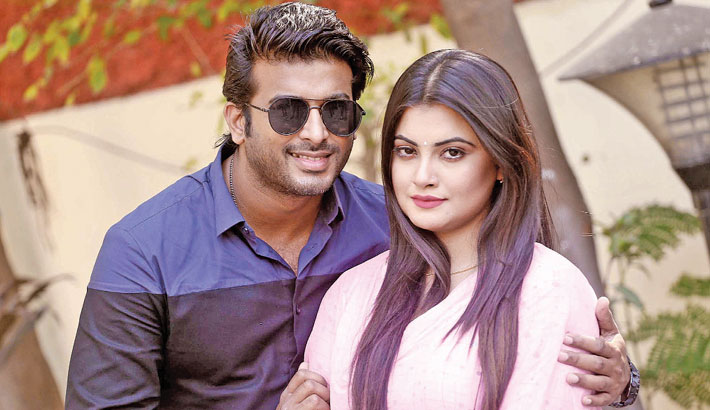 Film actor Shipan Mitra and actress Humayra Subah have paired up for a television drama for the first time. The titled of the drama is ‘Karate Bou Chai’.

Written by Mirza Rakib, the drama has been directed by Sadek Siddique. The shooting of the play has been completed in the capital recently.

Talking about the project, Shipan said, “Before this drama, I’ve worked in several dramas under the direction of Sadek Siddique bhai. His story selection and direction quality are very nice.  Though ‘Karate Bou Chai’ is a comedy drama, but the audience will get a message through the play. I hope the drama will be enjoyable to everyone.”

Subah said, “Karate Bou Cahi’ is my second drama. The story of the drama is amazing and the cast and crew of the play are very cooperative. I have learnt a lot from this project. I’m very hopeful about it”.

The drama will be aired on a private television on the occasion Eid-ul-Fitr.

Shipan Mitra started his career in media by modeling. Then he started acting in films. He has also directed some music videos. He earned huge acclamation for his acting in the Jaaz Multimedia’s political thriller movie ‘Desha: The Leader’ (2014). The movie also got box office hit and achieved four National Film Awards. Shipan also played prominent role in the film ‘Dhaka Attack’ directed by Dipankar Dipon.

Humayra Subah is a promising actress. Her film ‘Basanta Bikel’ directed by Rafiq Shikder has nearly been completed. Shipan Mitra will be seen opposite her in the movie. Besides, work of   her film ‘Mon Bosheche Porar Table e’ by Abdull Mannan is going on.