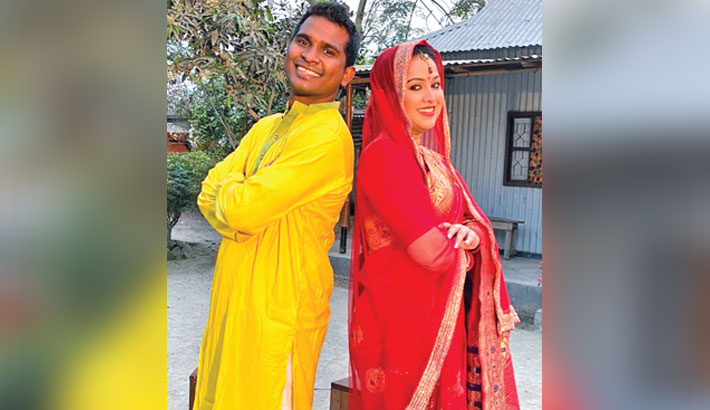 Scripted by Subata Rahik Jarifa, the play has been directed by Sardar Rokon. Tipu Alam Milon has written the story of the drama.

The story of the play revolves around Yakub, who gave divorced his wife Tania, few days later Yakub realised that he did a great mistake.

He wants to get back his wife but villagers make barriers for Yakub. The head of the village decides if Yakub wants to get back his wife, Tania must do a ‘hilla biye’. Yakub’s employee Shumon agrees to marry Tania. But the condition is that he will give divorce to Tania immediately after the marriage. But after the marriage, Shumon has changed his mind and decides not to give divorce Tania. Thus, the drama continues…

In the drama, Rashed, Nadia and Waliul Haq Rumi will be seen as Shumon, Nadia and Yakub respectively.  The drama ‘Hilla Biye’ will be aired on Boishakhi TV at 8:10pm on Eid day.