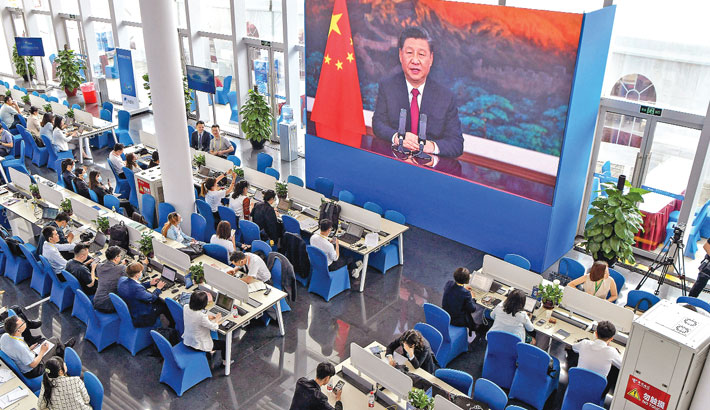 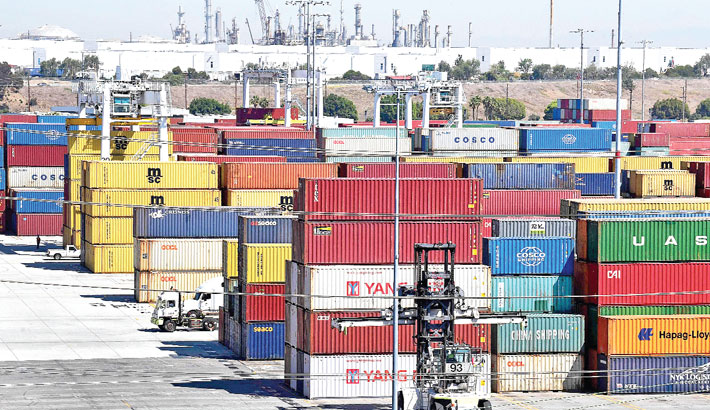 Shipping containers are stacked high at the Port of Los Angeles, California recently, where records continue to be set for incoming cargo at the nation's 1 container port which had its busiest March in 114 years. 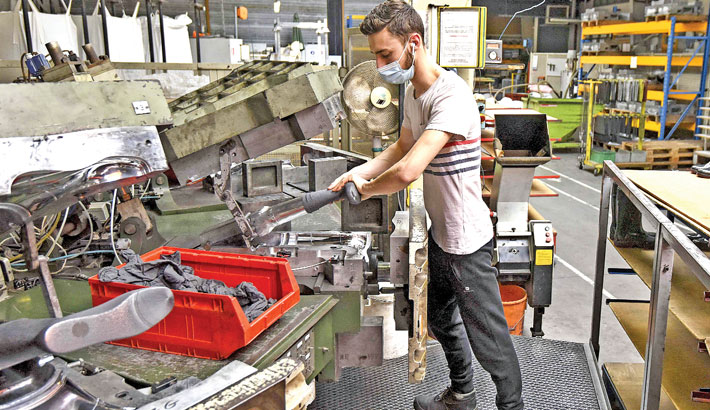 A worker makes plastic boots at the Humeau-Beaupreau factory, in Beaupreau-en-Mauges, near Nantes, western France recently. The Humeau-Beaupreau company has been making the famous "meduse" sandals for 75 years. 3 200 000 pairs have been sold around the world. 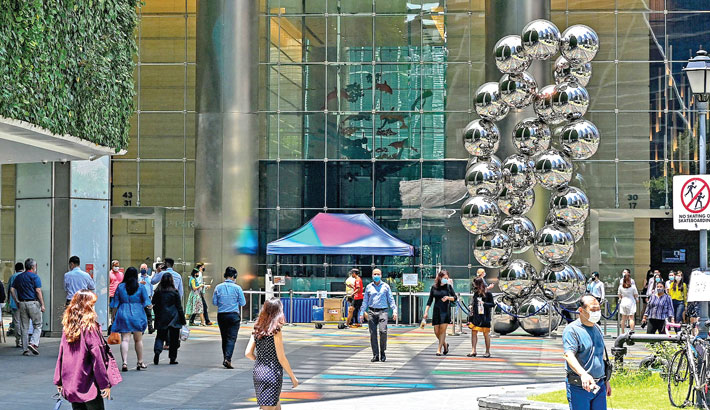 People walk along a promenade at the Raffles Place financial business district in Singapore on Tuesday.