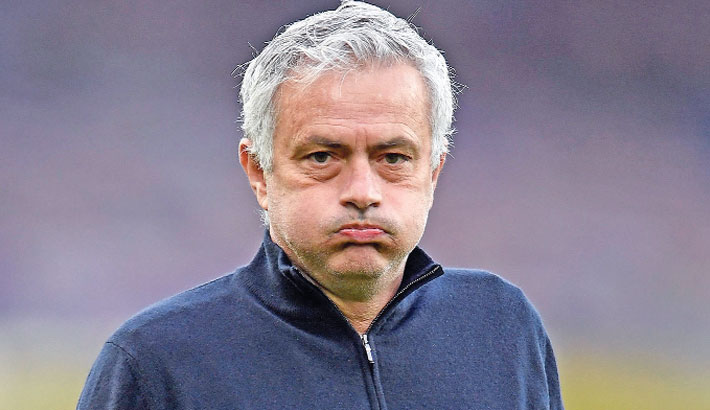 Jose Mourinho was sacked by Tottenham on Monday just six days before they play Manchester City in the League Cup final as the Portuguese boss paid the price for a turbulent campaign.

Mourinho, 58, was dismissed after only 17 months in charge, even though he could have led the club to their first silverware since 2008.

Tottenham have been struggling in their bid to qualify for the Champions League via a top-four finish in the Premier League.

"The club can today announce that Jose Mourinho and his coaching staff have been relieved of their duties," a Tottenham statement said.

Tottenham's academy coach Ryan Mason, a former player at the club, will take first-team training this week and is set to pick the team for Wednesday's Premier League clash with Southampton and the League Cup final at Wembley.

Amid reports of player discontent with Mourinho's conservative tactics and boring training sessions, the Portuguese coach had been losing his grip on the job for several weeks. He had a public spat with on-loan Real Madrid star Gareth Bale about his fitness for an FA Cup defeat at Everton and claimed Toby Alderweireld was absent from the squad due to a late return from the international break when the Belgian was actually pictured at the training ground. With Tottenham unlikely to qualify for the Champions League, there are also fears star striker Harry Kane will ask to leave in the close-season.

For the first time, Mourinho suffered 10 league defeats in a single season.