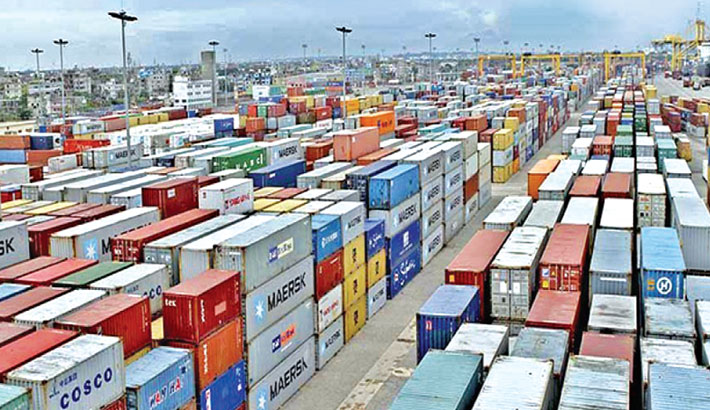 Shipments through Mongla port has increased sharply in last one week as Bangladesh went into a countrywide lockdown due to rise in coronavirus infections.

From April 5 to 11, the first phase of lockdown this year, some 21 ships anchored to the jetties of the port which was 18 during the same week of last year, according to data released by the port authority on Monday.

A number of 373 TEUs containers of 7117 metric tons were handled from the anchored ships while 272 automobiles released during the period, according to the officials.

TEU or twenty-foot equivalent unit is an inexact unit of cargo capacity, often used for container ships and container ports.

About the steps taken against the virus, Mongla Port chairman Rear Admiral Mohammad Musa said all the staffers were asked to work following health guidelines.

The authorities have been working together with customs authority, banks, shipping agents, CNF agents, stevedores and other stakeholders to keep the port functioning round-the-clock. The activities of the port will continue during the upcoming lockdown period, according to the government directives.

Mongla Port is one of the three sea ports of Bangladesh and is said the country’s eco-friendliest port.

It is situated on the south western part of the country at the confluence of Possur river and Mongla Nulla, approximately 71 nautical miles upstream of the Bay of Bengal.