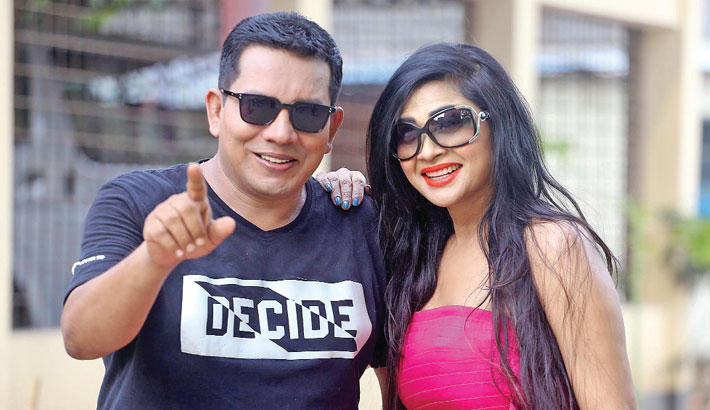 Tipu Alam Milon has written the story of the drama while Hasan Jahangir himself is directing the serial alongside acting in the drama.

The shooting of the serial began on April 10 at Bangladesh Film Development Corporation in the capital.

About the serial, Hasan Jahangir said, “I have passed a long time in acting. I’m also a director. I have received huge acclamation form the audience for my directorial drama ‘Boira Paribar’. Few years ago, I made three telefilms with actress Popy which also received huge response. Now, I’m making a seven-episode serial with Shimla. Shimla is a very talented actress. I hope the audience will enjoy the serial very much.”

The serial ‘Amar Bou Celebrity’ will be aired on a private television channel on the occasion of upcoming Eid-ul-Fitr, said Hasan Jahangir.