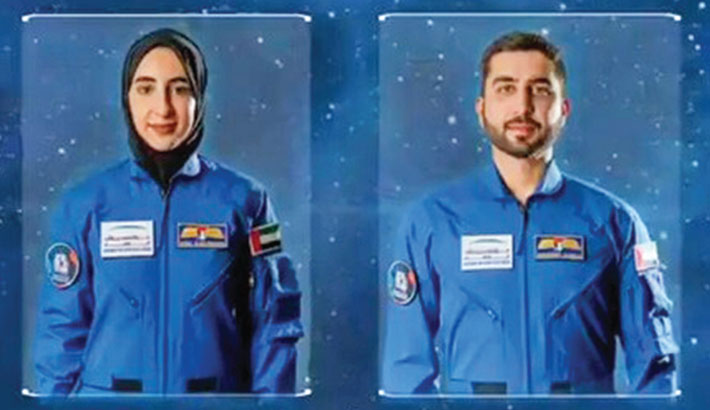 United Arab Emirates (UAE) named the next two astronauts in its space program Saturday, including the country's first female astronaut.

He identified Noura al-Matroushi as the UAE's first female astronaut, with her male counterpart as Mohammed al-Mulla.

A later video described al-Matroushi, born in 1993, as an engineer at the Abu Dhabi-based National Petroleum Construction Co.  Al-Mulla, born in 1988, serves as a pilot with Dubai police and heads training division, the government said.

The two had been selected among more than 4,000 applicants from the country, a federation of seven sheikhdoms on the Arabian Peninsula and home to Abu Dhabi.