8 of her personal staff also test positive for the virus 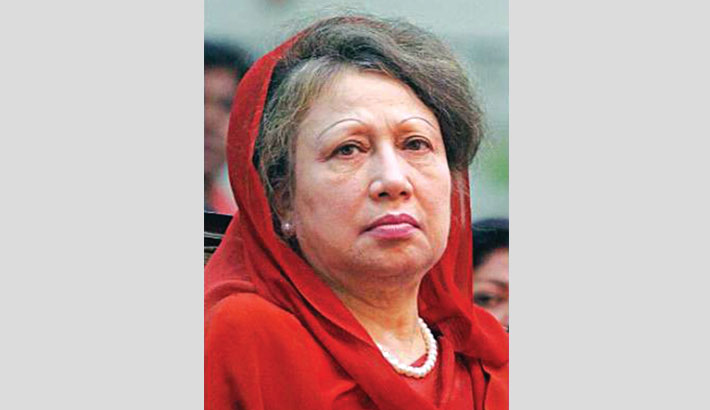 Along with the BNP chief, eight members of her personal staff, who stay at her Feroza residence in Gulshan of the capital, have also been infected with coronavirus, party sources said.

He said Khaleda’s sample was collected on Saturday and it was tested at the icddr,b lat in the capital. “She is now in a stable condition and doing well. She has no body temperature and other symptoms. Her treatment has already started under the supervision of her physicians,” he said.

Asked whether Khaleda’s staff members were infected with coronavirus, he said he knows nothing in this regard.

However, Khaleda’s personal physician Dr Mamun while talking to reporters said eight of her staff members have also been infected with coronavirus and they are now taking treatment staying in isolation.

“One of her staff members caught fever 5-6 days back. Then he tested positive for coronavirus. Later, 5-6 other staffers who reside in the same room underwent the test and their reports also came back positive. Under such a situation, we arranged test for the madam (Khaleda) for her safety,” he said.

Replying to a query, Dr Mamun said the condition of Khaleda and others are now stable. “We’ve kept all hospital facilities in her (Khaleda’s) residence for her treatment. At the same time, we’ve have also kept a cabin ready at a private hospital in the capital,” he added.

Khaleda, 76, has long been suffering from arthritis, diabetes, eye problems and other aging-related complications.

She has been staying in her residence while her domestic help Fatema is accompanying her. Some security guards and other personal staff also stay at the residence.