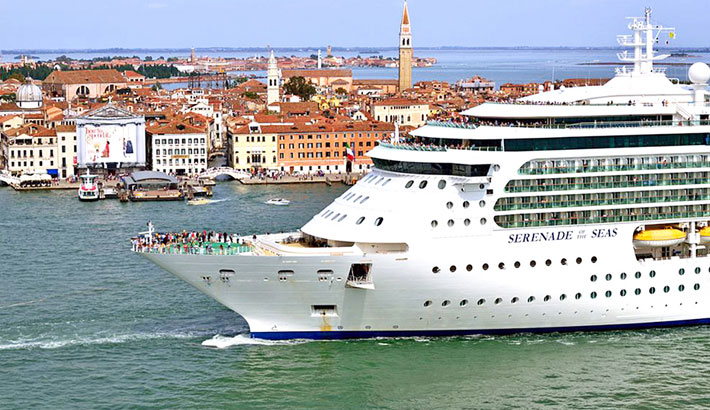 Italian authorities have approved a ban on cruise ships entering the historic centre of Venice.

The country’s culture minister said on Wednesday that the decision came in response to a request from UN cultural body Unesco, reports BBC.

Large ships will now have to dock at the city’s industrial port until a permanent solution is found.

Critics argue the ships cause pollution and erode the foundations of the city, which suffers from regular flooding.

On Wednesday, Italian ministers agreed that large cruise and container ships would no longer be able to enter the city’s Giudecca canal, which leads to the historic St Mark’s Square.

Culture Minister Dario Franceschini hailed the move, which he described as “a correct decision, awaited for years”.

The government will hold a “call for ideas” for an alternative cruise terminal in the city.

Cruise ships are currently unable to enter Venice due to coronavirus restrictions but their absence since has been credited with improving water quality in the lagoons.

Pressure to pass a ban on large vessels mounted in 2019 after a cruise ship crashed into a harbour in the city, injuring five people. However, no permanent solution was found.

Previous initiatives to stop cruise ship traffic have also failed. In 2013, the government banned ships weighing more than 96,000 tonnes from the Giudecca canal, but the legislation was later overturned.

Other plans to divert cruise ships from the centre of Venice were announced in 2017 but were never fully implemented.