Mamata writes to Sonia, others 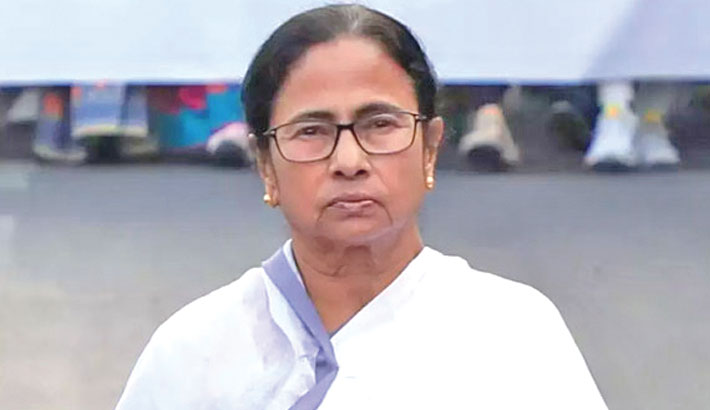 NEW DELHI: West Bengal Chief Minister Mamata Banerjee wrote to ten key opposition leaders including Congress’s Sonia Gandhi on Wednesday, suggesting a big get-together for a strategy to take on the BJP after the current round of assembly polls, reports NDTV.

The strongly worded seven-point letter said the time has come for a “united and effective struggle against BJP’s attacks on democracy and the constitution” and “presenting a credible alternative to the people of India”.

Staring with the controversial new law that gives more powers to Delhi’s Lieutenant Governor—the Centre’s representative—compared to the city’s elected government,  Banerjee presented seven instances of what she called the BJP’s “assaults” on democracy and cooperative Federalism.

“The BJP wants to make it impossible for non-BJP parties to exercise their constitutional rights and freedoms. It wants to dilute the powers of the state governments and downgrade them to mere municipalties. In short, it wants to establish a one-party authoritarian rule in India,” she wrote.

“What the BJP has done in Delhi is not an exception. It is increasingly becoming the rule,” she wrote, enumerating how the Centre is “creating problems for elected governments.

The list included “misuse” of the office of the governor, central agencies like the CBI and Enforcement Directorate, “withholding” states’ funds, “disbanding” bodies like the National Development Council and Planning Commission, using money power to topple non-BJP governments, privatisation of “nation’s assets” and “deterioration” in the relations between the states and the Centre.

“I strongly believe that the time has come for a united and effective struggle against BJP’s attacks on democracy and the constitution... As the chairperson of TMC, I shall work wholeheartedly with you and all other like-minded parties in this battle,” Banerjee wrote.

The notable exclusions were CPI and CPIM, which are Banerjee’s traditional rivals in the state.

Ahead of the 2019 Lok Sabha election, Banerjee had been one of the key proponents of a unified opposition to take on the BJP. But the opposition wall they were planning fell through as the leaders failed to resolve internal rivalries, especially among parties that are rivals at the state-level.

Subsequent attempts to bring everyone on board on various issues have failed as well.

In January last year, Banerjee’s Trinamool Congress was one of the six key absentees as 15 parties attended a meeting in Parliament House to discuss the contentious citizenship law, National Register of Citizens and the countrywide student protest. Kejriwal’s Aam Aadmi Party said it was not even invited for the meeting.

In May, AAP, Mayawati’s Bahujan Samaj Party and the Samajwadi Party skipped the mega online meeting to discuss a range of issues, including the Centre’s economic package, its handling of the coronavirus pandemic and the situation of the migrant labourers after the lockdown was imposed.