Docufilm on Bangabandhu to be screened at Public Library 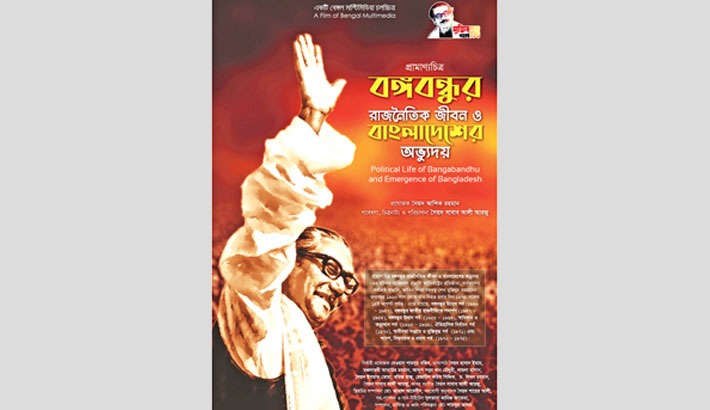 A documentary titled ‘Political Life of Bangabandhu and Emergence of Bangladesh’ will be screened at Shawkat Osman Memorial Auditorium of the Central Public Library in the capital on March 25, 26 and 27.

To mark the birth centenary of Father of the Nation Bangabandhu Sheikh Mujibur Rahman and golden jubilee of Bangladesh’s independence, Bengal Multimedia Limited has arranged the documentary screening programme.

The producer of the documentary is Syed Ashik Rahman while research, screenplay, music and direction are done by Syed Shabab Ali Arzoo.

The documentary has depicted the political life of Father of the Nation Bangabandhu Sheikh Mujibur Rahman as well as his student life,  Liberation War, reconstruction of Bangladesh and 15th August of 1975.