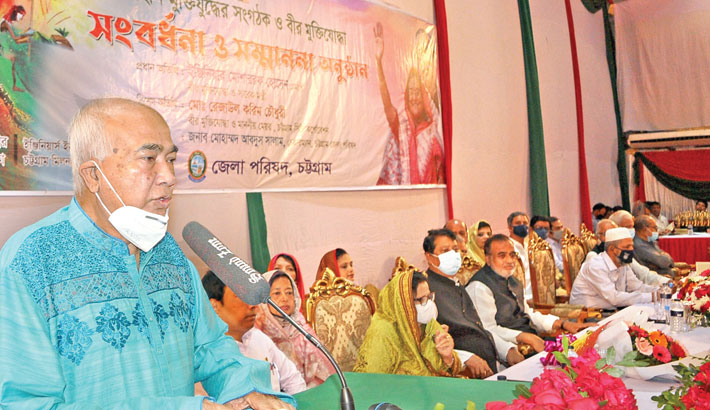 CHATTOGRAM: The Chattogram Zila Parishad accorded a reception to 55 freedom fighters (FFs) on Tuesday, marking the birth centenary of Bangabandhu Sheikh Mujibur Rahman and golden jubilee of independence of the country.

The reception programme was organised at the Institution of Engineers, Bangladesh (IEB), Chattogram Centre.

Lawmaker Engineer Mosharraf Hossain was present at the ceremony as the chief guest while Chattogram City Corporation Mayor M Rezaul Karim Chowdhury attended it as the special guest.

But different governments looted the properties, he said adding that the authority should take initiative to protect the properties.

He also urged the concerned ministry to preserve the structures symbolising the Liberation War to let the future generation know about the sacrifices of the national heroes.