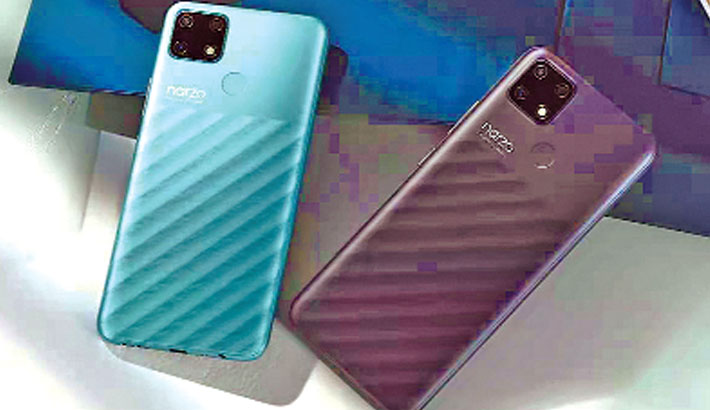 realme launched the latest phone of the narzo series – narzo 30A – features octa-cores clocked at up to 2.0GHz, ARM Mali-G52 GPU and powerful Helio G85 processor.

realme introduced the device through an online launching event held on Sunday, said a press release.

The price of this phone has been fixed at Tk12,990. An online flash sale will be held on Daraz on Monday, where this gaming marvel will be available at only Tk 12,490.

Users can play heavy games such as PUBG, Free Fire, Call of Duty and Asphalt 9 without any lag with narzo 30A.

Such a powerful battery will allow narzo 30A to stay in standby mode for 46 days and the users to play games for longer hours.

A 6.5-inch 20:9 screen and a newly upgraded stack process also allows the users to enjoy game, audio, and video experience without any lag in visuals.

Along with the launch of realme narzo 30A, ‘narzo Gaming Championship: Season 1’ is going on.

In the first season, 72 squads have got the chance to fight in the field of Free Fire. The semi-finals will be held on March 23 and 24 at the end of the qualifiers.