No respite from road crash

9 people killed, 11 others hurt in 5 districts 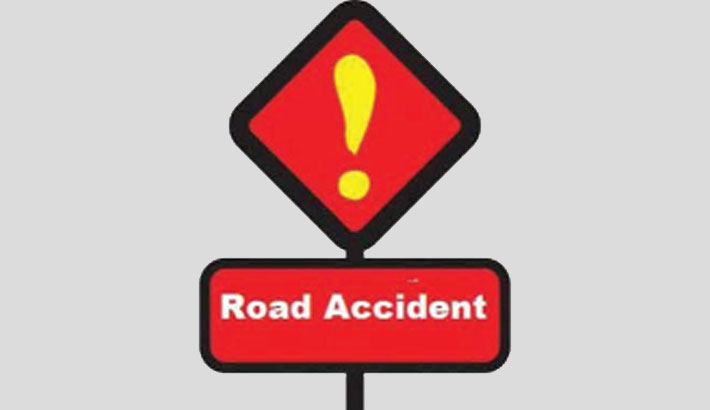 At least 9 people were killed and 11 others injured in separate road accidents in five districts on Saturday.

Of the 9 dead, four in Bogura, two in Chattogram and one each in Brahmanbaria, Rajshahi and Jashore. Of the 11 injured, ten in Bogura and one in Rajshahi.

In Bogura, the accident took place when a Dhaka-bound Nabil Paribahan bus collided head-on with a bus of Drishty Paribahan, coming from the opposite direction, leaving two people dead on the spot and 12 others injured in Sherpur upazila early Saturday.

Ratan Hossain, station officer of Sherpur Fire Service and Civil Defence, said of the injured, two died at Shaheed Ziaur Rahman Medical College and Hospital while the rest were admitted there. The deceased were identified as Rezaul Islam Sagor, 22, Mostofa, 25, Babul Islam, 50, and Rawsan Habib, 35.

Traffic movement on the busy road remained halted for two hours, creating huge traffic jam on both sides of the highway that caused immense sufferings to travelers.

In Chattogram, two bikers were killed in a road accident at Satkania upazila.

The deceased were Obaidul Hoque, 30, of Sukhchhari, and Md Noman, 22, of Padua under Lohagara upazila in the district.

Inspector Abdur Rob of Highway Police Dohazari station said the accident occurred when a Cox’s Bazar-bound microbus collided head-on with the motorbike carrying Obaidul and Noman on Chattogram-Cox’s Bazar highway in Chhadaha area under the Lohagara upazila at around 7:00am.

The accident left the two bikers killed on the spot, he said.

In Brahmanbaria, a minor girl was killed as a truck hit her on Dhaka-Sylhet Highway in Bijoynagar upazila.

The deceased was Anuradha Biswas, 07, hailed from Budhonti village of the upazila and daughter of Liton Chandra Biswas.

In Rajshahi, A young van-puller was killed and his elder brother injured when their mechanized van was knocked by a truck at Balia Shyampur area on the Rajshahi-Chapainawabganj highway under Paba upazila.

The deceased was Sagar Hossain, 18, son of Rentu Sheikh of Haripur Colony area of the upazila.

Police said the two siblings sustained injuries grievously when they met the tragic road accident while returning home riding on the van at around 9.15 am.

In Jashore, a man was killed when a Covered Van collided head-on with a local made vehicle in Shamlagachi area on Jashore-Benapole highway under Sharsha upazila.

Police identified the deceased as Afjal Hossain, 58, resident of Sammondhokathi village in the upazila.