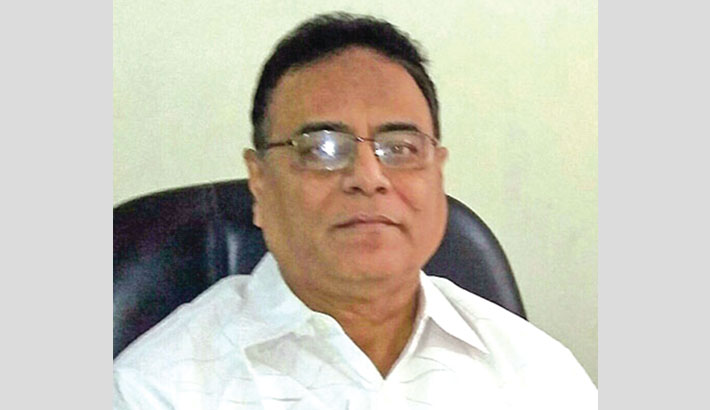 Recently train accidents have become regular phenomena in Bangladesh. Someone inquisitive in this regard can tell the occurrences of such type of accidents. Often we hear of disorder and dislocation of trains in Bangladesh whereas train journey and transportation of goods by train were considered comparatively safer in the past.

Bangladesh railway inherits the legacy of the British Indian railways. We know the present services of railways in India are very commendable and it is the organization which employs the highest number of manpower in the present day world. People are very much used to take the services of railways in India. But as a part of the same legacy Bangladesh railway cannot maintain the services and time schedules and everybody knows this. The government is trying hard to develop the services of railway. Ministers and government executives say about development of railways and its services in different times and occasions. It is known to all that corruptions in railways are a much talked issue in our country. And even the former railways minister Late Babu Suranjit Sen Gupta told this in the media. He termed the corrupt people in the railways as ‘Black Cat’ a couple of years back. Every year the railway budget increases. New locomotives and bogeys are added to the railway department every year in our country. But the expected service from the railway is far from what it should be.

Development of railway and services of railway are very much discussed issues. In this context the Padma Bridge railway project and under construction Dhaka-Jashore broad gauge line via Padma Bridge, Dohajari-Cox’s Bazar rail line project can be referred. Even we came to know that the government has a plan to expand the railway lines to the districts where railway lines do not exist. In the master plan and perspective plan a number of ambitious projects for the development of railways have been incorporated. The scenarios of railway will be changed if those highly ambitious projects get materialised.

Presently two events have come to the notice of the people. These are the Dhaka-Jalpaiguri passenger rail service and the Rohonpur-Biratnagar goods train service. The route between Rohonpur to Biratnagar service is now already in operation. About 25 thousands tonnes of fertiliser was sent to Nepal through this route from Bangladesh using Indian territory. It is the goods train only but we can hope that regular passenger train service to Nepal might be started through this route in future. And in this way Bhutan might be connected with Bangladesh through railway network.

But nowadays train derailments have become a regular event in different places in Bangladesh. Recently two events of railway derailments took place in Khulna and in Sylhet area. These sorts of derailment cause many problems and it is harmful for the image of the railway department. As a result of these two events the rail communication between Sylhet-Dhaka and Khulna-Dhaka was cut off for about 10 to 12 hours. In the consequences, passengers of different trains plying in these routes fell in great trouble. This was a serious setback for the railways. Always we hear about the progress of different ongoing railway projects from the high-ups of the government and especially from the railway minister. For that our expectation regarding railway service goes high. But in reality we do not find any tangible improved service from this department. Even gradually the existing service is decaying in different important routes. Often the railway minister tells about the development of the railway projects, sometimes he tells about the problems of single line operating in Bangladesh railways. In this regard he underscored the need for the construction of double lines. In the present condition, with this single line, it is very difficult to maintain time and schedule of railways, he added.

It is true and every one of us wants to believe it so. But only good wishes and commitments are required for the improvement of the services. Much money need not be required for this. The railway authority should take special care and attention for the development of such services.