James back to stage 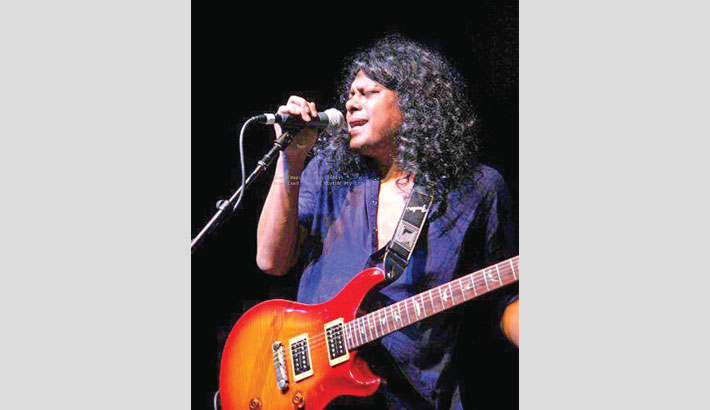 Faruq Mahfuz Anam, popularly known as James, returns to stage today after a year-long hiatus.  The popular rock singer will perform in a concert at PSC Convention Hall in the capital’s Mirpur area in the evening. ‘Classroom’, an organisation of SSC 2001 batch, will arrange the concert marking its 20th founding anniversary.

Talking about the concert, James said, “Due to coronavirus pandemic, I did not perform any concert last one year. Through today’s concert, I will be back to stage again.”

Besides James, DJ Rahat, Shubhashish, Ritu Raja and others will perform at the event.

James is one of the popular singer-songwriter, guitarist, and composer of the country.

He is currently the lead guitarist and vocalist of music band Nagar Baul (the Urban Mendicant).

James is considered to be the pioneer of psychedelic rock in Bangladesh.

Many lyricists have written songs for James, including Poet Shamsur Rahman, Prince Mahmud, Marjuk Rasel, Shibli and Deholovi. Musicians like Lucky Akhand and Manam Ahmed have also composed songs for him.

James has been one of the most popular artistes, both as a solo musician and with his band in Bangladesh and in West Bengal in India since the 1990s.