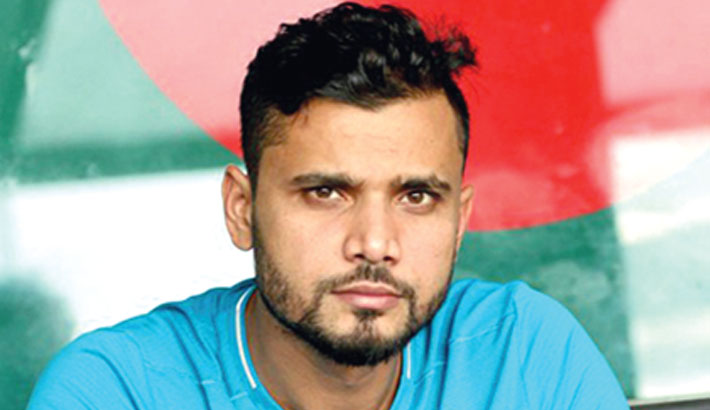 Former Bangladesh national cricket skipper Mashrafe Mortaza has been made one of 112 new Young Global Leaders for the class of 2021 by the World Economic Forum.

Mashrafe, who led Bangladesh to the quarterfinals of 2015 ICC World Cup in Australia and New Zealand and 2017 ICC Champions Trophy semifinals in England, is one of 10 South Asian

personalities to make it to the list. Apart from cricket, he also plays a significant role in helping people move out of the poverty trap in his hometown of Narail in southwestern Bangladesh.

He launched the Narail Express Foundation, which looks to achieve six goals for the betterment of the society and country,” said the Forum of Young Global Leaders said in a statement on Wednesday.

Each year, the World Economic Forum goes through a rigorous selection process to identify, select and commemorate remarkable leaders under 40 who come from different communities and industries worldwide.

Mashrafe is also a member of parliament elected from Narail-2 constituency.