Tamim vows to move on from Christchurch tragedy 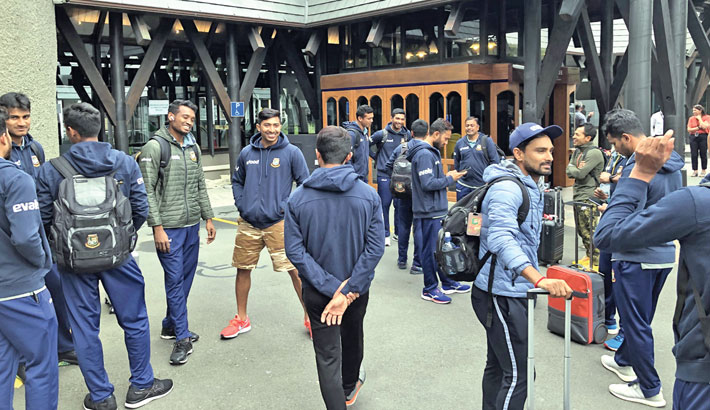 Bangladesh ODI skipper Tamim Iqbal on Wednesday promised to move ahead leaving behind the Christchurch tragedy two years back as they prepare to take on New Zealand in the limited-over series.

Bangladesh team was in Christchurch on March 15, 2019 to play the final Test match against the hosts that was scheduled to start from the following day. Tigers narrowly escaped a massacre when a heavily armed man named Brenton Tarrant killed 51 people who came to offer their Jumma prayers at the Al-Noor Mosque located in the suburb of Christchurch.

The tourists were late to start for the mosque and offer their Jumma prayer due to the customary pre-match press conference that got delayed by a few minutes and that eventually saved them from the shootout.

“Yes, it was a difficult time for all of us especially for the families that lost their own. And we can only say that we can pray for them and hope that the Almighty makes it easy for their families,” said Tamim.

“It wasn’t a great time but we have to look forward. You know, this is probably my fourth or fifth time in New Zealand. We always look forward to coming to New Zealand as it is a beautiful country with very nice people.

“It’s a very emotional part of our lives as it took a long time for us to get over it. That’s it; I just don’t want to get into that thing, because it’s not a nice feeling to have. New Zealand has given us a lot of good reasons to come here and I’m sure in the future also we won’t hesitate to come because apart from that incident, New Zealand has been fantastic,” he added.

Tamim thanked New Zealand Cricket for making their stay comfortable during the isolation period. Tourists are now allowed to move freely as they completed quarantine successfully as all the members of the Bangladesh contingent tested Covid-19 negative for the fourth successive time.

“It feels great, you know. It’s a first time experience for us as we’ve been in a bubble before, but not in complete isolation.

“But honestly, they looked after us really well, all the staff, the way the New Zealand Cricket arranged everything, we, from our team, can only say ‘Thank You’ to them. I thought it’d be a difficult place to be but they had made it as comfortable as possible,” said Tamim.