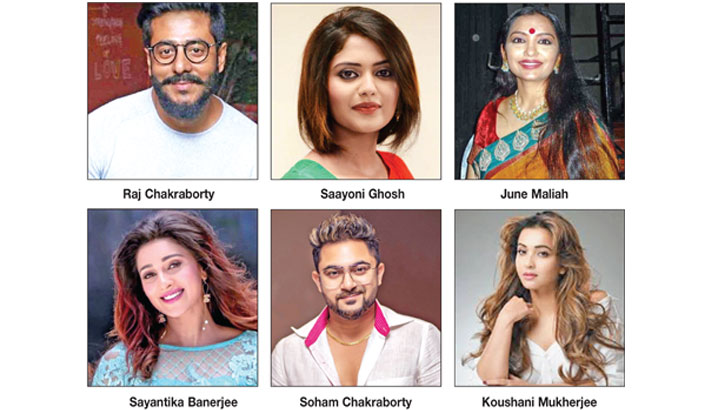 The Trinamool Congress (TMC) Friday announced its candidates for the upcoming West Bengal Assembly polls. Chief Minister of West Bengal and party supremo, Mamata Banerjee, made the announcement from her residence in Kolkata’s Kalighat, report agencies.

Many new faces were given tickets in the list of 291 candidates announced by the party. A key reveal in the candidate list was the number of celebrity faces that the party has fielded. These celebrities, from the world of Bengali films and sports, were inducted into the party recently.

Actors Saayoni Ghosh, June Maliah, and Sayantika Banerjee have been fielded from the Asansol South, Medinipur, and Bankura constituencies respectively.

On the other hand, film director Raj Chakraborty has been fielded from the Barrackpore constituency, which the BJP holds at both the Lok Sabha and Vidhan Sabha levels.

Actor Kanchan Mullick has been fielded from Uttarpara, in Hooghly, also a tough district and seat, that the TMC marginally won in 2019.

Actor Koushani Mukherjee has been fielded from Krishnanagar Uttar in the Nadia district. Even though the TMC won the Krishnanagar parliamentary seat, it was behind by a big margin in this particular Assembly segment.