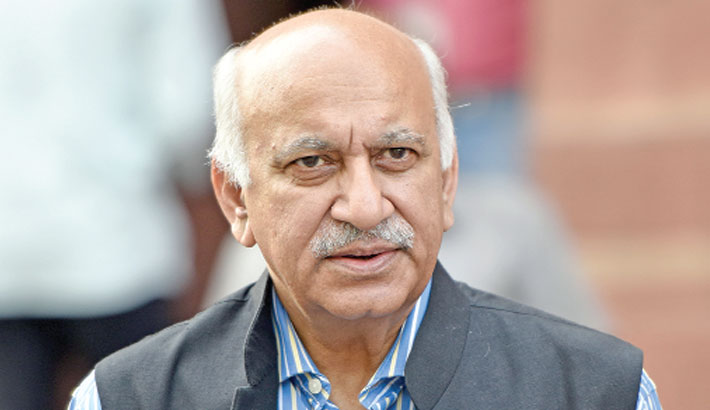 NEW DELHI: A former minister lost a defamation suit on Wednesday against a woman who had accused him of sexual harassment, a high-profile case in India’s #MeToo movement, her lawyer said, reports AFP.

In 2018, Priya Ramani became the first of a string of women to go public with allegations against MJ Akbar, a former high-profile newspaper editor who went on to become a junior minister in Prime Minister Narendra Modi’s government.

She was inspired by the #MeToo movement against sexual assault that sprang up in the United States and spread worldwide following accusations against Hollywood movie mogul Harvey Weinstein in 2017.

Ramani wrote an article about the inappropriate behaviour of an un-named editor the same year and one year later alleged it was Akbar. She said she was she was 23 when Akbar called her to a Mumbai hotel for a job interview more than 20 years ago.

“You know how to pinch, pat, rub, grab and assault,” she wrote. Akbar called the allegations “baseless”. Soon after, he stepped down as junior foreign minister and sued Ramani for defamation, saying it had caused “irreparable damage to (my) reputation and goodwill”.