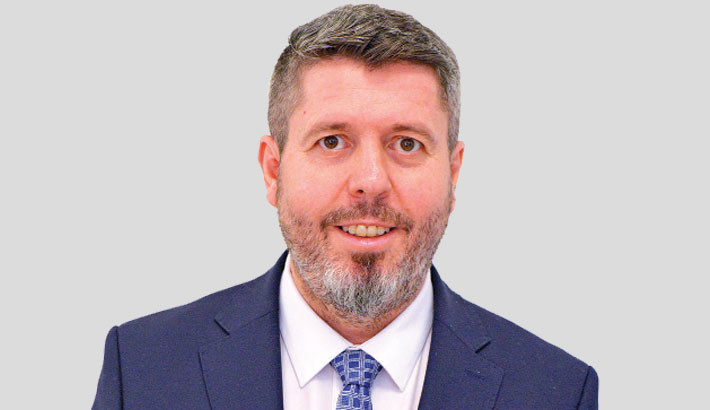 Each country has its own history, its own priorities, and even its own specific challenges. We should always have a pinch of optimism despite the difficulties in all circumstances. We have this optimism in our country, Kosovo, and wish all the countries and societies that are facing different challenges to be optimistic as we are.

Even after more than a decade of our independence, we face lots of challenges especially due to unconscionable engagements of some ‘circles’ which strive to damage the image of our country. The fact that we are still talking about such issues on the 13th Anniversary of Independence is nothing more than an expression of our disappointment to those who work with all their might against the vital interests of our country. As an international legal personality, we will preserve our manner in spite of these situations by keeping our channels of dialogue open with our own peaceful methods, without grudging anyone. We will continue closely to cooperate with everyone that prioritises peace and the welfare of their people.

While the Republic of Kosovo declared its independence with strong support from the international community, it set out the goal for more social peace, more freedom, more justice, and more commitment to sustainable development. Despite some weaknesses, difficulties, and dissatisfactions, we Kosovars are immensely proud of the progress we made compared to the pre-independence era.

Kosovo has many reasons to be optimistic for a better future. Our country has the youngest population in Europe. More than 65 per cent of the population of Kosovo are younger than 30, and around 50 per cent are under the age of 25. The young population is the most basic indicator of the human potential of a country. It is also very valuable to have a relatively high Human Development Index of a country that got out of the war in 1999. Furthermore, the relatively low Gini coefficient makes us optimistic about social equality in Kosovo. If we recover quickly from the consequences caused by the pandemic and achieve at least 4 to 6 per cent annual economic growth, Kosovo will pave the way toward the goal of becoming a developed country. The necessary infrastructure for development has also been largely established. We now have new highways between the main centres of Kosovo and our neighbouring countries, but also new projects to develop railway networks. It is worth mentioning that our inherited roads were destroyed in the war just a little over two decades ago.

As a result of the violent dissolution of former Yugoslavia in the 90s, we, the whole region, suffered a lot. To heal the wounds of the past, Kosovo is fully committed to regional cooperation and good neighbourly relations which is very important for the peaceful common future. Kosovo is committed to acting more effectively towards adherence to the European Union, which is the most important structure for full reconciliation and cooperation between the states in the Western Balkans.

Kosovo is committed and desirous to establish relations with every Member State of the United Nations. Worth mentioning here is that Kosovo as a country is a member of different international and regional organisations and aims to be an equal member of the international community.

During these years, besides state and institutional achievements, individuals from Kosovo with self-confidence achieved tremendous successes at the international level. Our athletes have won medals in different competitions including Rio Olympic Games 2016, World and European Championships. Some of our singers became very popular worldwide. Our filmmakers, actresses, and actors are part of different well-known productions. Our scientists, writers, fashion designers, and other professionals have started to achieve big successes at the international level. Unfortunately, it was not the same before the independence. Only a few Kosovar individuals were successful by expressing their talents via working in third countries or representing third countries in the international arena. As a new country, we are proud of all and every one of them.

The Republic of Kosovo in its recent history is committed to establishing a strong democracy inside and having peaceful and constructive relations with all the international entities. In order to combat challenges such as global warming, global infectious disease outbreaks, global terrorism and other threats and solve disputes between countries, we must cooperate further with one another. The refusal approach from some ‘circles’ towards the existence of a sovereign country shows that such kinds of policies have failed and haven’t provided solutions to the problems the whole world faces on daily basis. Maybe hard and less populist, but definitely correct and brave decisions that we are expecting especially from our northern neighbour Serbia regarding mutual recognition that will bring immense positive results for the future of our countries, our region and will be a very good example for humanity.

The expectation is that every country shall be considered and included more in all the processes as equal partners to fight against all threats that humanity faces every day.

With a pinch of optimism and dedication, our tomorrow will be more beautiful than today.