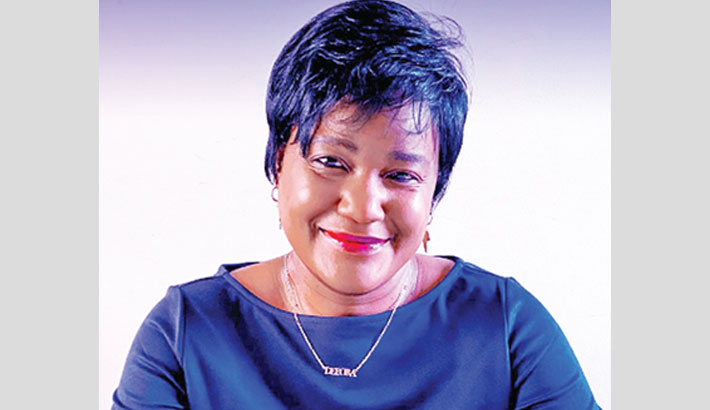 EDINBURGH: It’s been more than 16 years since Debora Kayembe fled her home in the Democratic Republic of Congo after learning that a gun-running militia group that she had helped to expose wanted to kill her.Since then, Kayembe sought asylum in Britain, started a family and settled in Edinburgh, where she worked as a human rights lawyer and political activist, reports AFP.

Despite a life filled with hardship and achievement, she said nothing could have prepared her for the message she received on the afternoon of February 1.

The previous November, she was asked if she would consider accepting a nomination to be the new rector of the University of Edinburgh, which was founded in the 16th century.

If she was appointed, she would be the university’s first-ever black rector. She accepted the offer, believing she stood little chance.

When the message came that she had been confirmed for the role -- 162 years after William Gladstone was made the first rector—Kayembe, 45, was speechless.

“It is something in my life I never imagined would happen to me,” she told AFP. “I never went looking for it. It came onto my plate and I welcomed it.

“So... (on) February 1 at 12:30 pm when I was officially notified that I am the only valid candidate... I thought ‘oh my God. This is it. It has happened’.” Months before the nomination came, Kayembe had found herself embroiled in a conflict that she had initially wanted to avoid.

She had been a target of racism before in Scotland.

But the abuse came to a head in June last year as anti-racism protests erupted around the world after the death of an unarmed black man, George Floyd, in US police custody.

Kayembe was driving to a meeting when her car lost control and veered violently off the road.

She inspected the vehicle and found that nails had been driven through all of her tyres.

“The previous times I had kept quiet,” she said.

“Sometimes you have to have a big heart to let things pass in the common interest, but what happened to me that day was unacceptable.”

Kayembe announced what had happened to her on social media.

But instead of confrontation, she chose to adopt a message of tolerance and dialogue with the perpetrators of the abuse.

“I said ‘listen, these things are from the past’,” she said.

“We have passed that. If you still don’t understand that, I need a dialogue with you. That was my message. Nothing else.”

Not long after the incident, Kayembe’s daughter returned home from school and cried because she had been asked by a teacher to perform a slave dance in front of her classmates.

After confronting the school, Kayembe petitioned the Scottish Parliament to urgently address racism in education in Scotland.

Parliament has agreed to the request and will debate the matter in the coming months.

It was Kayembe’s message of dialogue and tolerance that caught the attention of the University of Edinburgh, which counts prime ministers, Nobel laureates and Olympians among its alumni.

“They said as the rector of the university, your message will go far and the whole world will listen,” she said.

“This is why we want you to take this position.”

Kayembe, who was born in Kinshasa and raised by a doctor, said her family in the DRC were overwhelmed when they heard the news.

“There is a sentiment of national pride and they are waiting for the inaugural ceremony in the summer to come to Scotland to see that with their own eyes,” she said.

Her priority after she is inaugurated on March 1 will be to ensure that the university attracts “the brightest minds in Scotland” to help it recover after the Covid-19 pandemic.

The pandemic has had a positive side effect in opening opportunities in online education, which Kayembe sees as an opportunity for Africa.

Kayembe, a member of the Congolese Bar Association since 2000, has not returned to the DRC since she fled. Her life remains under threat.

But she hopes to use her position as rector over the next three years to promote the best education for the continent.

“My role will be to make sure that is the top of the agenda.”