Farooki’s ‘Doob’ most viewed on Netflix from Bangladesh 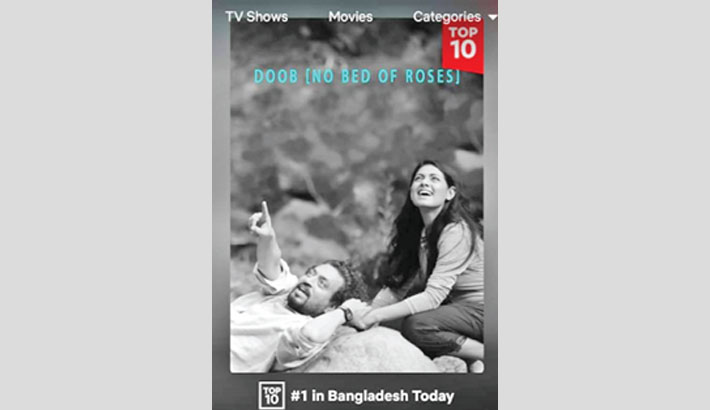 But it did not take long for the film to secure the first spot on Netflix's top 10 most-watched movies and shows list in Bangladesh.

And Farooki on Sunday shared his excitement on Facebook saying, "Thank you for making 'Doob' (No Bed of Roses) today's most viewed content on Netflix from Bangladesh!"

"Every film is a labour of love. Some are just more than that. This film is very close to my heart for many reasons! Someday I might be able to write why!"

The collaborative joint-venture – produced by Bangladesh's Jaaz Multimedia, India's Eskay Movies, and Irrfan – "Doob" was released in Dhaka on October 27, 2017.

The film is about a filmmaker, his extramarital affair with his daughter's classmate, and complicated relationship with his wife.