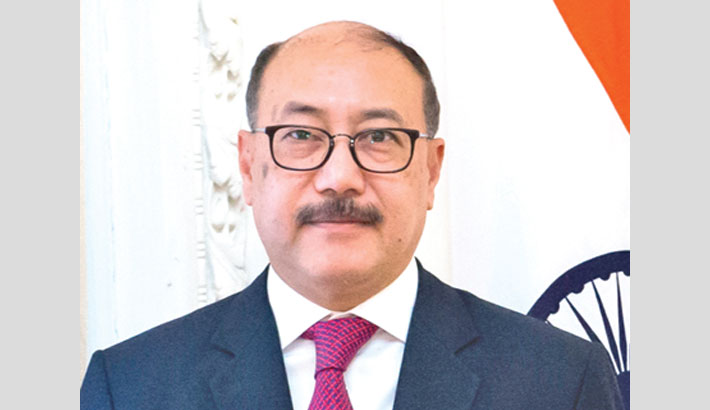 Indian Foreign Secretary Harsh Vardhan Shringla has said the relationship between India and Bangladesh has withstood the test of time and both the countries have charted a unique model for regional cooperation that is quite unparalleled in South Asia.

"India and Bangladesh have together charted a unique model for regional cooperation, quite unparalleled in South Asia," he said while speaking at the inaugural function of the 3rd Bangladesh Film Festival in Kolkata on Friday.

Shringla said both the countries have been blessed with history, culture, language and above all an ardent belief in freedom, justice and pluralism, and described the commonalities as the "bridge" to a future of peace and prosperity, reports PTI.

"The India-Bangladesh bilateral relationship has withstood the test of time, and even as the world undergoes great upheaval in the post-pandemic era, our relationship grows from strength to strength," he said.

The Indian foreign secretary also mentioned the robust exchanges that both sides had in recent months, including his two visits to Dhaka, notwithstanding the coronavirus pandemic. "Cooperation is moving forward inexorably. Our prime minister is looking forward to his visit to Dhaka," he said.

Indian Prime Minister Narendra Modi is scheduled to arrive in Dhaka in March.

Around 93,000 Pakistani troops had surrendered before the joint forces of the Indian Army and the "Mukti Bahini" on December 16, 1971 that led to the birth of Bangladesh. The year 2021 marks the 50th anniversary of Bangladesh’s independence, the 50th year of bilateral diplomatic ties as well as the birth centenary of Father of the Nation Bangabandhu Sheikh Mujibur Rahman.

Shringla said the shooting of the biopic on Bangabandhu began last month in Mumbai. "This year would see a plethora of events in both our countries as well as in third countries, and at the UN headquarters in New York, through which India and Bangladesh will jointly celebrate Mujib Barsho, celebrate the people of Bangladesh and their tireless struggle for 'Swadhinota' (freedom) and the golden anniversary of the India-Bangladesh relationship," he said.