Education Cadre or Service—What’s the Difference? 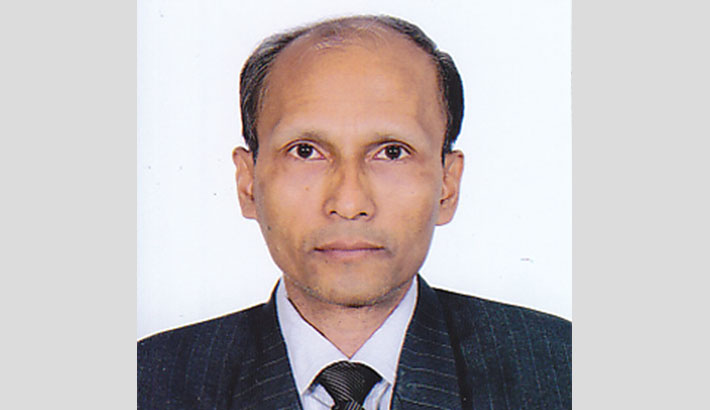 The Public Service Commission Chairman and the previous Education Secretary Md. Sohrab Hossain ventilated his comments on ensuring facilities and promotion of education cadre teachers of colleges and madrasas in an interview with a national Bengali daily that appeared in the newspapers on 28 Januarys 2021. He commented that ‘education service’ needs to be introduced instead of currently run ‘education cadre’, setting example of Judicial Service which he says does not see any frustration as education cadre officials clamour for. He also set examples of the university where teachers enjoy promotion after a certain time of course they need academic publications to prove their worth. The current problems prevailing in the education sector may disappear if such kind of system can be introduced in the education cadre. He went on to say that the facilities and significance of a job are determined by the stretch and kind of its work. That must see the differences among the cadres. Thousands of teachers go on retirement without the benefits of a job and it was common with the administration cadre also. Now the number of recruitment has been thinned down to offer facilities to the administration cadre people and it witnesses satisfaction of the officials belonging to administration cadre.

He pinned down the points that administration and education cadre are not the same. UNOs and DCs need peon, guard, car to run their everyday activities that are not applicable for the government college teachers. Here lie the points. In a district, the significant departments may have high officials of deputy secretary/joint secretary level of their own who will report to the respective directorates and ministries. If it is necessary to coordinate all the district level activities, one senior official of any cadre can shoulder that responsibility. The current practice seems that the engineers, doctors, teachers, agriculturists cannot run the administration. If the coordination of all the departments calls for a special skill, an official of any cadre can gain that skill by participating in administrative training at PATC. The doctors, engineers and agriculturists prove their worth and merit while getting admission to their specialised institutions. The above proposal may narrow the gaps and dissatisfaction, currently prevailing among different cadres. That the nature and way of work differ from profession to profession and cadre to cadre stands as a universal fact. The work of police must be different from that of a teacher. Similarly, the work of an agriculturist proves different from an engineer. However, a balance must be maintained among all the departments, sections and cadres to minimise the problems and inequalities lying among them.

My service in cadet colleges unfolded an opportunity for me to see that half of the principals are civilian and the other half come from armed forces that I adore and appreciate. Currently, principals are coming from the armed forces and not necessarily from the education core only that was done before and during my serving there. However, the director of education in the army comes from education still is also a nice system. In our civil education system, administrative positions in the DSHE, NCTB, Education Boards and NAEM are manned by cadre teachers. That is also a very nice system. Sometimes, it is heard that these positions would be occupied by the administration cadre officials which must be an uncouth and unscientific decision. Bureaucrats plan to implement such kind decision that never sounds healthy.

We want to look at the gradual change in the education sector, though some problems exist here. Our efforts should be to carry forward the march and bring about time tested and suitable ways. It is learnt that we had only 17 government colleges and they did not wear the colour of cadre service. However, the education provided then was qualitative and full of humanity. It also means that state favour did not work in the side of education which enjoys serious attention and importance from the state today. Around the year 1980 and 82 one boys’ and one women’s college in sub-divisions were nationalised. The current government has taken the nationalisation process up to upazila level that tells us a further positive step and the promotion of college teachers began during the region of BNP. All these talk about gradual development in the field of education.

We came to learn from the teachers of these seventeen government colleges that they enjoyed equal salary status like university teachers. We learn and see from time to time that several cadres such as foreign, administration, police, and customs enjoy some special facilities dwarfing other cadres. It allures government college teachers to resort to lobbying for occupying the administrative positions in the available avenues of education to enjoy some special facilities that simple teaching cannot afford. They lobby to occupy chairs in the NCTB, DSHE, NAEM, Education Boards, BANBEIS, and those who once occupied these places do not want to go back to their previous positions depriving the new ones. It appears interesting that a group of government college teachers stand against the expansion process of nationalisation of educational institutions in the district and upazila level. It surprises us as they do not think if the expansion did not happen it would not have been a big cadre service.

The British introduced civil service in the sub-continent to rule the people of alien culture and to derive benefit from it. To reach these objectives, they introduced such kind of system as proves the civil servants' supremacy over the natives. Should we retain the same spirit in independent Bangladesh? Our administration should be people orientated, time befitting and most suitable for the country to go ahead and not to show supremacy over other cadres or sections of the population. The secretary of the Ministry of Health and Family Planning must be a doctor and preferably a teacher doctor as he/she knows the ins and outs of that sector. The current practice bars the doctors to occupy the highest position of the ministry insinuating that they do not realise administration. Similarly, teachers cannot become secretary and additional secretary hinting the same formula as happens to doctors. Now is the time to bring about changes here. Administration does not mean to be a ‘rocket science’ which must not be realised by the teachers, doctors, agriculturists and engineers.

In the greater interest of the nation, the career path of a teacher must be kept open. E.g. if a bright teacher begins his/her carrier in a primary school, he/she must have the ladder to occupy the position of a high school teacher, college teacher, director, director general of the education department and even additional secretary or secretary showing his/her performance. Thus the country will be able to receive the full benefit from these bright students. The practice we have developed seriously opens the scope for misusing the talents, experiences and discipline-wise knowledge in the respective fields. Examples can be cited that Foreign Service, administration, police and custom cadres are being occupied by the doctors, engineers, and agriculturists as these cadres offer huge benefits and supremacy over other cadres.

This trend means the misuse of money spent individually and by the state to make a student doctor or engineer or agriculturist serve the nation. They cannot give service to the nation appropriately. We cannot afford to create an imbalance in the educational fields also. Appropriate teachers should be placed in all the educational administrative positions including the ministry.

The writer works for BRAC Education and is the President of the English Teachers’ Association of Bangladesh (ETAB).