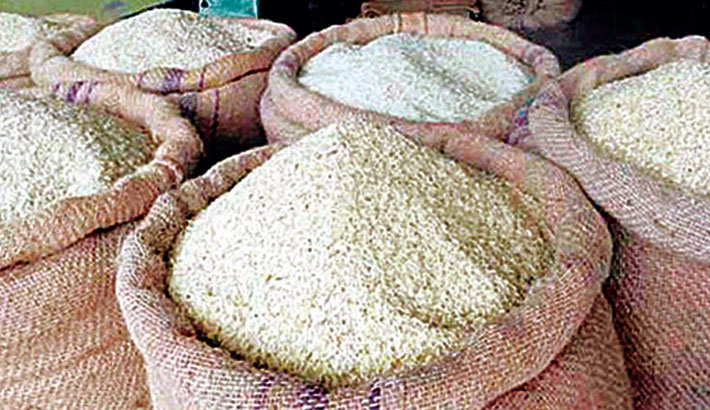 The government has imported 111,520 tonnes of rice from India under public private partnership to stabilise the foodgrain prices in local market here.

A total 55,129 tonnes of rice imported from India through open bidding, the ministry of Food informed on Wednesday.

Besides, local traders also imported 56,391 tonnes of rice till February 2, 2021 through Vomra, Darshana, Benapol, Sona Mosjid, Hilly, Burimari, Banglabandha, Sheola and some others land port in the country by traders, it also said.

The Ministry of Food has accelerated open market sales (OMS) to come down the foodgrain prices in the capital city and the worker dominated Dhaka, Narayanganj, Narsingdi and Gazipur districts.

As part of the government initiative to stabilise the market prices of rice, the Director General of Food has increased the volume of OMS additional three tonnes of rice that stand 12 tonnes of rice per day, said a press release of the ministry of Food.

Besides, it also introduced 124 sell centers that distributed one tonnes of rice with 1.5 tonnes of ata under the government’s OMS programme in capital city.

Besides, a total two tonnes of ata and one tonnes of rice have been selling daily by 147 sell centers in Dhaka, Narayanganj, Narsingdi and Gazipur districts.

Earlier, the ministry of food gave the approval to import one million tonnes of rice to control the soaring price of rice in different circular during January 3 to 17.

In a bid to control the soaring rice price, the government has decided to lower the duty on the import of rice to 25 percent, down from 62.5 percent on December 27, 2020.