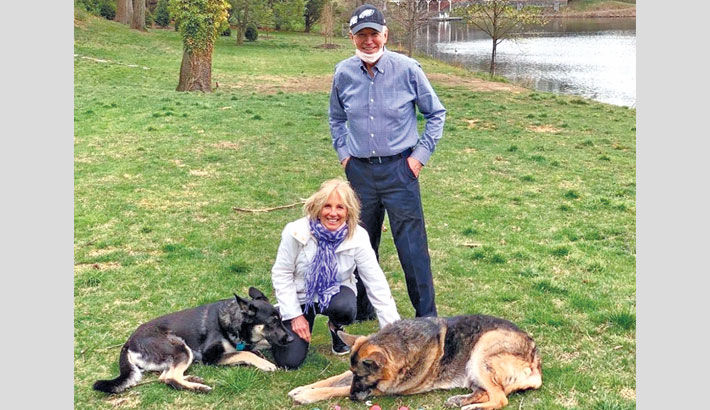 Joe Biden’s dogs Champ and Major have moved into the White House, reviving a long-standing tradition of presidential pets that was broken under Donald Trump, reports AFP.

The pooches can be seen trotting on the White House grounds in pictures retweeted by First Lady Jill Biden’s spokesman Michael LaRosa, with the pointed obelisk of the Washington Monument in the background.

“Champ is enjoying his new dog bed by the fireplace, and Major loved running around on the South Lawn,” LaRosa told CNN in a statement Monday. The Biden’s dogs, both German shepherds, follow the pawprints of presidential pets that included Barack Obama’s Bo, a black Portuguese water dog and George W. Bush’s Scottish terrier, Barney.

Trump, a famously finicky germophobe, broke with that convention—as he did with many presidential traditions—and never had a pet in his White House.

“How would I look walking a dog on the White House lawn,” Trump asked, with a grimace, in a video included in a Biden campaign ad.