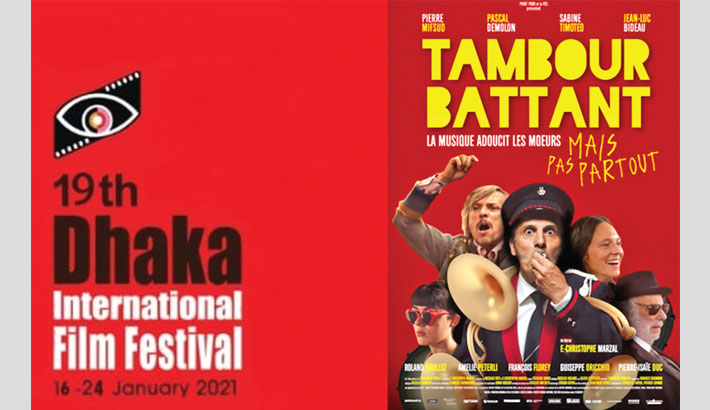 The 19th edition of Dhaka International Film Festival will be concluded with its award giving ceremony today evening at the main auditorium of National Museum in the capital’s Shahbag area.

Information Minister Dr. Hasan Mahmud will grace  the occasion as the chief guest while State Minister for Cultural Affairs KM Khalid will attend the programme as the special guest.

Swiss film ‘Tambour Battant’ (Roll the Drum) directed by François-Christophe Marzal will be screened at the closing ceremony of the festival.

Earlier, the festival began with the screening of Suzanne Lindon-directed French film ‘Spring Blossom’ on January 16.

The 19th edition of the festival showcased a total of 226 films from around 73 countries in 10 competitive categories, including, ‘Asian Competition’, ‘Legendary leaders who changed the world’, ‘Tribute’, ‘Retrospective’, ‘Bangladesh Panorama’, ‘Cinema of the World’, ‘Women Filmmakers’, ‘Children’s Film’,  ‘Short and Independent’ and ‘Spiritual Films’.

Rainbow Film Society has been organising DIFF since 1992 with the theme Better Film, Better Audience and Better Society. It has been working to promote a healthy cine culture in Bangladesh since 1977.