EFT Is Smart but Teachers May Face Harassment 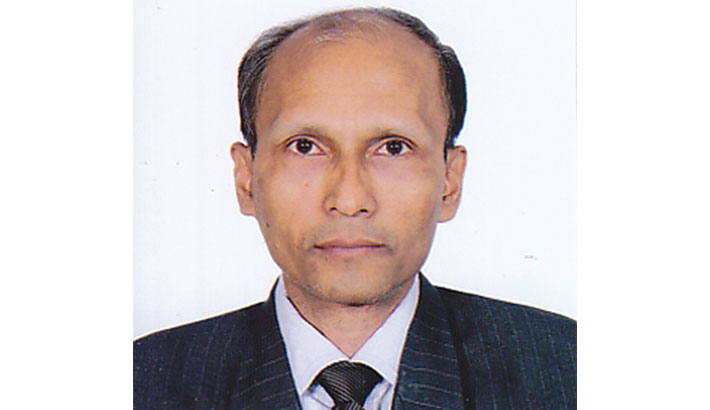 The Directorate of Secondary and Higher Education (DSHE) issued an order on 07 January 2021 to get the non-government teachers ready for receiving their MPO salary through Electronic Fund Transfer (EFT) system that sounds smart and modern. It has also been ordered to be ready with nine types of documents that really have thrown the teachers into a state of serious tension as they sense the smell of harassment to collect and make these documents alright.

Academic certificates issued by the education boards were in Bengali that have been translated into English to keep teachers’ names recorded in the computer data. While they started getting MPO salary then the spelling of Bengali names were written in different ways in English. Examples can be given thus - someone’s name is Kamrul in the certificate in Bengali that has been written ‘Kamrul’ in computer data but in the national ID it has been written as ‘Qamrul’.

DSHE has issued the order that the spelling of the name must be the same in the MPO sheet, board certificates and in the national id. This kind of order is valid and reasonable indeed. But the problems caused by the computer operators in the government offices cannot be changed or corrected easily. The name wrongly written in the national id cannot be changed easily either. Similarly, wrongly written names in the MPO sheet do not see an easy way to get it corrected.

Getting anything corrected or changed from DHSE for a teacher from a remote district is not an easy task. A teacher is not sure when she can meet the relevant person at DHSE as they remain busy with attending meetings either at DHSE or outside DSHE. After waiting for a long time, whole day or several days even, if one can meet the desired official (maybe Director Secondary) he will not listen to you carefully as he has several other priorities. Solving teachers’ problems hardly comes within their important task list. Even though he listens and takes your prayer and documents, you cannot expect to get the thing done easily. He will give it to his clerk or computer operator who will not deal with the affair sincerely and honestly. Many teachers complained that the problems caused in DSHE have been tried by them to get corrected even at the cost of hush money; however things could not be done properly.

Harassment takes place in our government offices for various reasons. One is institutional harassment. The officials and staff of a particular section of an office know the ins and outs of that section well which must not be expected from the customers/beneficiaries who come to receive service. They hardly show any intention to help the private customers, non-government or foreign offices. Our government office people just wait to harass the public and gain financially by throwing them into the complexity of office rules. They don’t have any other training, motivation or pressure to behave nicely with the beneficiaries/customers/ citizens of the state. They think they are absolutely separate entities in the state and quite different from the common citizens. They are not held responsible for any misbehaviour or even any wrongdoing. Customers/citizens are kept in the dark to fumble so that some corrupt people in the state-run offices can earn something out of this fumble. You will hardly ever find the clear guidance or documents necessary for getting any work done in government offices. Similar picture runs in all kinds of state departments. Citizens just face harassment and the staff and officials try to catch fish in the muddy water and this practice has not changed, rather getting intenser day by day. With the passage of time, the degree of harassment increases in the name of rules and regulations. No work can be done easily and smoothly.

Suppose, somebody’s Bengali name is ‘Khabir’ that has been written in the computer data as ‘Khobir’ whereas his certificate contains the name thus ‘Khabir’. Somebody’s name in the certificate has been written in English as Mohammad or Md. or Muhammad. Many teachers’ named Zafar have been written as Jafar. Somebody's name is Umar, which is written as Omar. Somebody named Nahid is written as Naheed. In their national identity card one or two alphabetical problems appear that are not unknown to us. Individually teachers are not responsible for that and the people working for the government with some rare exceptions always try to find these faults of the citizens to throw them into a quagmire without guiding or helping them.

As DSHE has ordered the MPO enlisted teachers to correct the spelling of their names and it must be the same in all the relevant documents otherwise their salary would not get deposited into their accounts. Now the question is how DSHE will manage these affairs? They don’t have any systematic way to address these problems and I think it’s a gigantic task to deal with the whole affair from Dhaka DSHE. If works can be decentralised, the service would have been much better.

We see several desks for giving the same service to the customers in the private or foreign organisations. Certain people will come to you for help and they will guide you so that your service can be done shortly and easily. Even, the officials also come out of their respective rooms/desks to talk to the customers and ask whether they have any problem. Their subordinates never want to show the gathering of people before their higher officials. So, they remain active and alert and works are done immediately.

We experience just the opposite picture of this scenario in our state-run offices. They give service through one room, one official. If he/she remains absent or late, customers have to wait for an uncertain time. They don’t have any liability. And the similar situation prevails in all the offices of the government. It is interesting that the citizens don’t have any place or organisation to lodge their complaints in case they fail to get their service done timely and smoothly.

DSHE must give importance to the fact that it does not have enough capacity to deal with the affairs of more than five lakh teachers. Neither does it have any sound system to get something corrected easily in an honest manner. No sound system exists to satisfy the needs of the teachers who throng to office everyday from the remotest parts of the country. DSHE must take time to deal with the whole affair very sincerely, technically, efficiently and honestly without creating any threat for the teachers or harassing them. It can talk to the teachers having problems district-wise and time must be fixed for particular areas to listen to the problems of the teachers. It would be much better if the correction can be done district or region wise.

We know it’s not an easy or simple task to eradicate the problems overnight that have developed over a long time. Still, we believe that if steps are taken, gradually the degree of harassment of teachers will start lessening; otherwise the noble initiative of the government to give salary of non-government teachers through EFT will throw them into a difficult situation and they will remain deprived of the good steps of the ministry of education. We think DSHE will deal with the whole affair efficiently and honestly, taking all the points discussed above into consideration.

The writer works for BRAC Education.