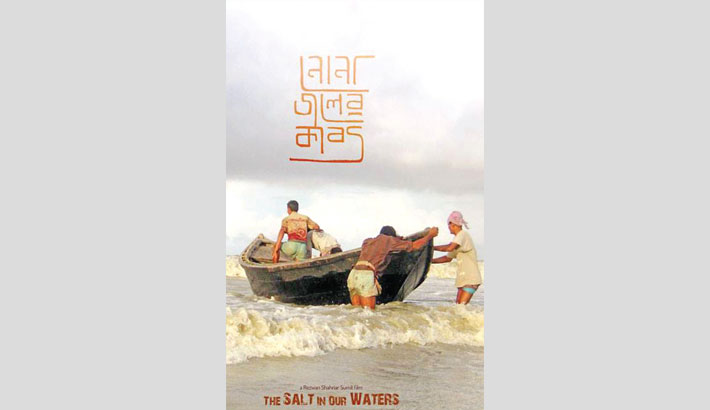 ‘Nonajoler Kabbo’ (The Salt in Our Waters), a feature film directed by Rezwan Shahriar Sumit,  won the prestigious NETPAC Award at the 26th Kolkata International Film Festival, held from January 8-15 in Kolkata, India.

The Bangladeshi film has won the award as the Asian Select (NETPAC Award) category.

‘Nonajoler Kabbo’ is an audacious story about the effects of climate change and the clash between beliefs, set in a tiny fishing community on the Bangladeshi coast (Patuakhali).

Yet to be released in multiplexes, Nonajoler Kabbo has already been premiered and received critical appraisal in renowned festivals and also been awarded several prestigious funds, including the prestigious Torino Film Lab Audience Design Fund of 45,000 Euro, ‘Aide aux cinémas du monde fund’ worth 80,000 Euro in 2018, Bangladesh National Film Grant in 2017 and a writing grant from Director Spike Lee in 2016.

It was a semifinalist in Sundance Screenwriters Lab in 2017 and was also invited to the Film Bazaar Co-Production Market in Goa, India in 2016.