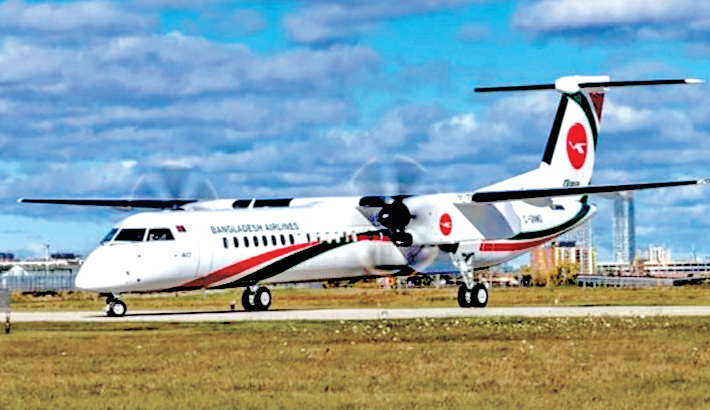 “The premier will formally inaugurate the aircraft named ‘Dhurbatara’ at 11am through a videoconferencing from her official Ganabhaban residence,” said a Biman’s press release on Saturday, reports BSS.

The opening function of the new aircraft will be held at the VVIP terminal of the Hazrat Shahjalal International Airport (HSIA), it said.

The premier has named the new aircraft like the other new planes aircraft which have already been added to the Biman’s fleet.

Earlier, the national flag carrier received the first Dash 8-400 aircraft out of three made by De Havilland Aircraft of Canada, a prominent aircraft-maker of the North American country.

The Dash 8-400 aircraft is equipped with eco-friendly and state-of-the-art facilities arrived here on November 24, the release said.

The Biman procured the three Dash 8-400 aircraft under the G2G (government-to-government) agreement between the Bangladesh and Canadian governments.