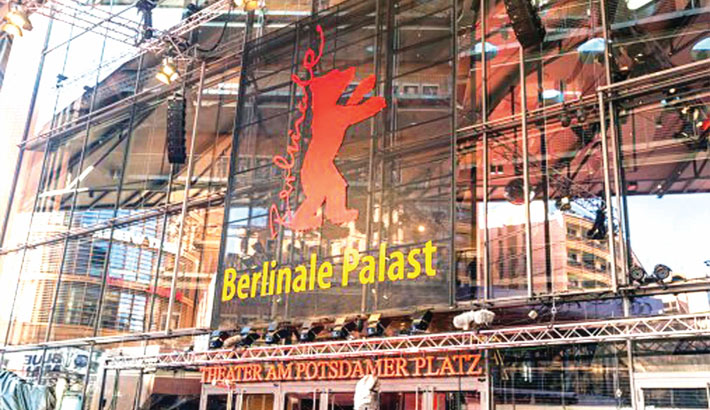 Usually Europe's first major cinema showcase of the year, the annual Berlinale, as the event is known, will now take place as a strictly digital event for industry players in March.

An international jury, whose previous presidents include Meryl Streep and Tilda Swinton, will watch the films in competition in Berlin and choose the winners of the Golden and Silver Bear top prizes. Featured films would only be screened for the public in June, the festival said in a statement.

"There is a great desire to meet face-to-face. The current situation does not allow a physical festival in February, at the same time it is important to offer the film industry a market within the first quarter of the year," Berlinale Executive Director Mariette Rissenbeek said.

"With the change in the festival format in 2021, we will have the chance to protect the health of all guests and to support the restart of the cinema industry." Festivals serve as a celebration of films on the big screen at a time when the pandemic is accelerating the drive toward streaming.

The traditional pageantry of gala premieres and stars on the red carpet are the life's blood of the events -- elements that will be sorely missing at online editions. Cannes was cancelled entirely this year while Toronto -- North America's largest movie gathering -- took place largely online.

Venice managed to benefit from a break in high infection levels to take place in September with a range of special precautions to prevent infections.

The Sundance film festival unveiled plans this month to screen premieres at drive-ins and arthouse theaters across the United States and online.

The second wave of the coronavirus outbreak has had a crippling impact on the global entertainment industry, with blockbuster premieres postponed and movie production grinding to a halt in many regions.