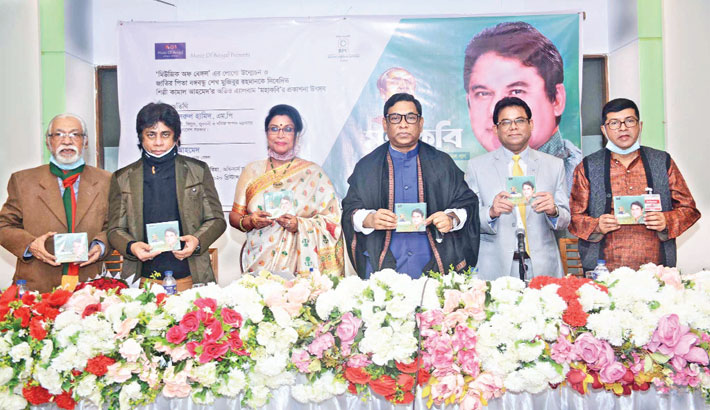 State Minister for Power, Energy and Mineral Resources Nasrul Hamid is seen with other guests at the logo unveiling ceremony of ‘Music of Bengal’ at Officers’ Club in the capital on Saturday.

‘Music of Bengal’, a production house, started its journey with the launching of its logo and an audio album titled ‘Mohakobi’ by singer Kamal Ahmed on Saturday.

‘Mohakobi’ is the first audio music album of ‘Music of Bengal’. Singer Kamal Ahmed has dedicated the album to the Father of the Nation Bangabandhu Sheikh Mujibur Rahman.

Kamal Ahmed is a renowned media personality, music connoisseur and eminent singer of the country. He is better known as a devoted Tagore singer. He is currently serving as the director of programme at Bangladesh Betar.