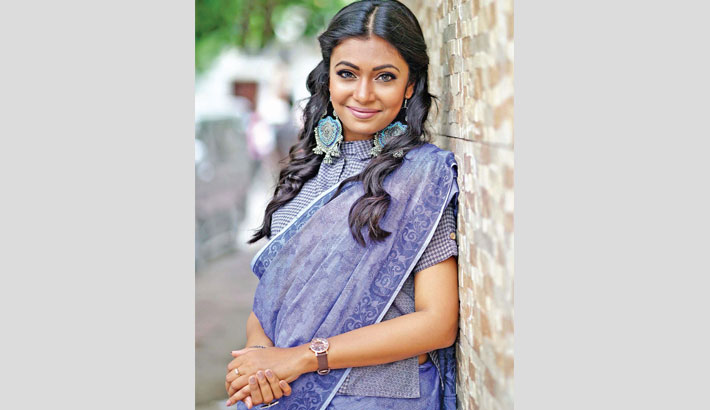 Nandita said, “Robin Ghosh is a noted music composer and director of the subcontinent. Under his composition, noted singers Ferdausi Rahman, Shahnaz Rahmatullah, Sabina Yasmin, Runa Laila, Ghazal legend Mehedi Hasan, among others rendered songs. I’m lucky that I have got the opportunity to lend my voice to the songs composed by this legendary music composer. I believe viewers will enjoy the programme.”

The musical show will be aired on NTV on the occasion of coming Eid-ul-Fitr.

Nandita first came to the limelight with the TV reality singing competition Bangladeshi Idol. Since then, she has been charming the audience with her melodic voice. Nandita has rendered many songs in her music career.

The singer also lent her vocal for films. One of her popular playback song is ‘Nona Jol’ from the movie ‘Halda’. She also did a playback song for the film ‘Bishwoshundori’, which was released recently.