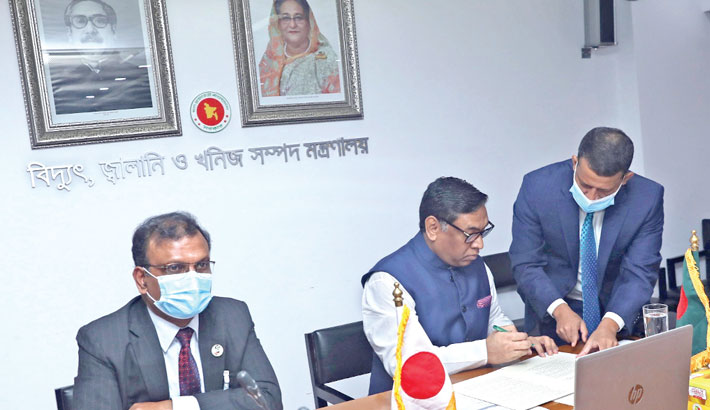 The government is going to take financial assistance from Japan for implementing for power and energy infrastructure development projects and activities.

Ministry of Power, Energy and Mineral Resources on Thursday signed a Memorandum of Understanding (MoU) with Japan Bank for International Cooperation (JBIC) in this regard, says a release.

Speaking on the occasion, Nasrul Hamid said that Japan is Bangladesh’s trusted and tested development partner.

Welcoming the MoU, Hayashi Nobumitsu said that Bangladesh is a country with a growing economy and the size of the market is gradually increasing.

This MoU will further strengthen the existing relationship between Bangladesh and Japan, he added.