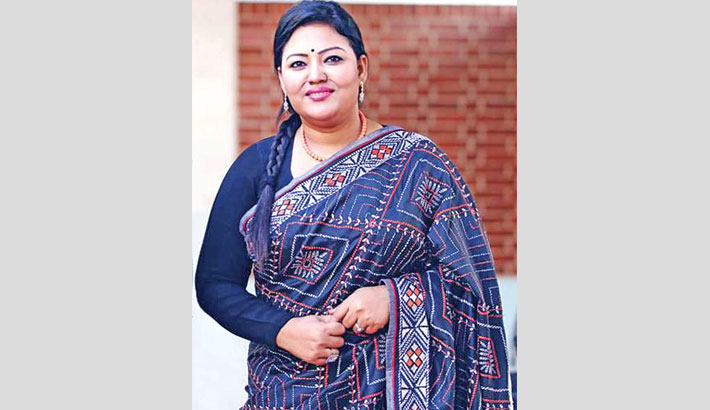 ‘Folk queen’ and lawmaker Momotaz Begom has got the National Film Award 2019 as the Best Singer. This is for the third time the singer has achieved this prestigious award. Earlier, she received the award for singing in the movies ‘Nekabbarer Mahaprayan’ in 2014 and ‘Swatta’ in 2017.

Momotaz got this year’s award for the song ‘Dalim Gach’ in the film ‘Maya-The Lost Mother’. The song has been written by Masud Pathik and composed by Plaban Qureshi.

The singer said, “I have got the National Film Award because of the love of the audience. I’m very excited to receive the award for the third time. It drives me to do better work in future. I’m grateful to the members of the jury board. I want to give my heartiest thanks to director Masud Pathik. I also got my first National Award for his film and this time too.”

“Now, I’m more conscious about my work. I want to remain in people’s hearts with qualitative work. This year I have lent my voice to a song for a film ‘Raat Jaga Phul’,” Momotaz added.

Momotaz Begom is a popular singer of the country and the incumbent parliament member from Manikganj-2 constituency since 2014. Known to as ‘The Folk Queen,’ she has recorded around 700 songs in her career spanning four decades. Some of her music albums are Return Ticket, Ashol Boithoki, Murshider Talim, and Ronger Bazar.