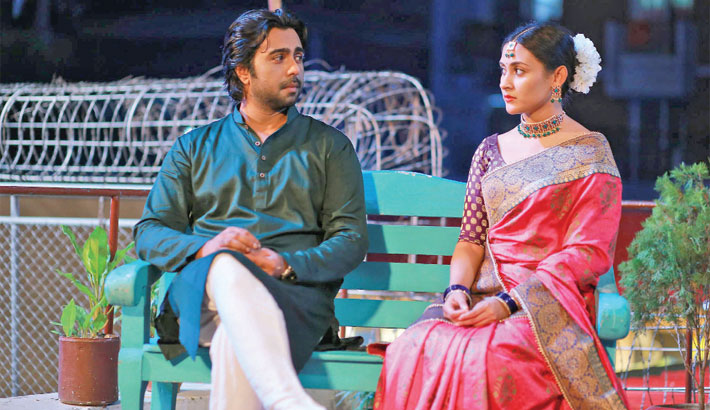 A scene from Partner

One of the most popular small screen pairs Ziaul Faruq Apurba and Mehazabien Chowdhury have amused the audience with their acting skills and superb chemistry over the years. They have paired up once again for a new TV play titled ‘Partner’.

About the project, Apurba said, “The story of the drama is very interesting. It’s a story about two people (me and Mehazabien) who are enemies but eventually fall for each other. I have enjoyed working in the drama very much.”

Mehazabien said, “Director Johnny always made wonderful dramas. This time he did the same. Besides, I love the story of the drama. I hope the audience will enjoy it.”

Director Johnny said, “Apurba and Mehazabien need no introduction. They both are very popular and talented actors. Besides, ‘Partner’ has a unique storyline. Hopefully, the viewers will like the drama.”

According to the makers, the play will be aired on RTV and CMV’s YouTube channel on December 11.