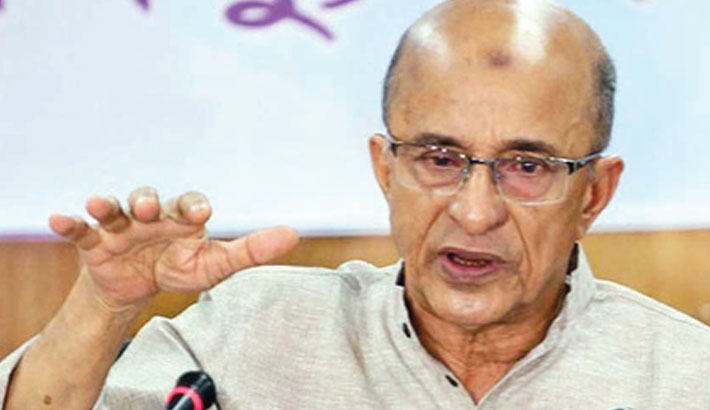 The government is contemplating to expand multiple uses of renewable energy aiming to reach the targeted 10 percent of total electricity generation within 2021 from it, said Prime Minister’s Energy Adviser Dr Tawfiq-e-Elahi Chowdhury.

“Currently, we are discussing about solar storage systems, solar aggregation, and other aspects of renewable energy internally to achieve our target,” he added.

He said this at a virtual meeting styled: ‘Rooftop Solar Future in Bangladesh’ organised by Infrastructure Development Company (IDCOL) on Saturday.

Dr Tawfiq-e-Elahi Chowdhury attended the event as the chief guest.

“It is high time we considered establishing solar system storage with a view to making solar power available round the clock,” said Dr Tawfiq-e-Elahi Chowdhury.

The price of a solar panel is now less than earlier price. So, this is an opportunity to come up with creative ideas to utilise the opportunity and produce solar energy, he added.

He also emphasised aggregating the OPEX module in order to make sizeable investments and ensure the overall payment.

Later, He encouraged pre-fabricated factory builders to install solar panel on the rooftop and offer incentives to speed up the solar energy power production.

PM’s power and energy advisor also asked researchers to go beyond Dhaka University and collaborate with others to find scopes for pragmatic research on renewable energy.

The keynote paper focused on the regulatory environment of rooftop solar systems, their prospects and financial benefits, IDCOL’s support for this.