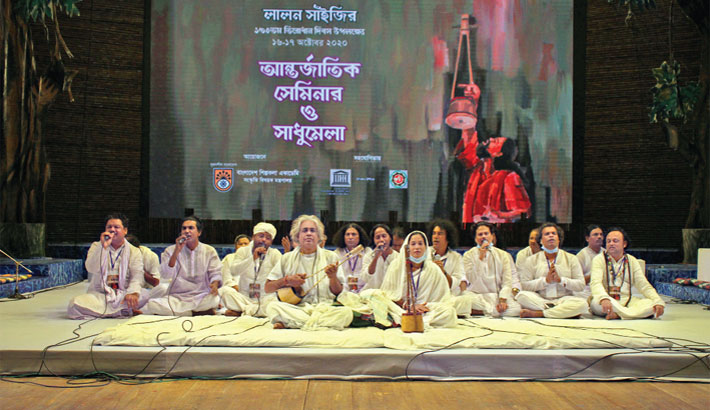 Bangladesh Shilpakala Academy (BSA) offices in all 64 districts took part in the programme.

The first day’s cultural activities began with the Bauls’ paying tribute to the Father of the Nation Bangabandhu Sheikh Mujibur Rahman at Bangabandhu Museum at Dhanmondi in the capital on Friday.

On the last day, Baul artistes from the academy and different districts performed Lalon’s song highlighting his philosophy of life and death.

Lalon died on the first day of Kartik in 1297. According to the Gregorian calendar, his date of death is October 17, 1890. But his death anniversary is observed according to the Bangla calendar.