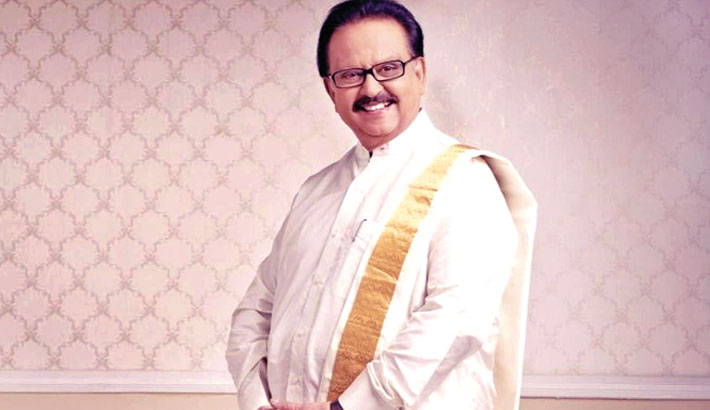 Legendary Indian singer SP Balasubrahmanyam, a Guinness world record holder for belting out more than 40,000 songs over 50 years, died on Friday at the age of 74. He died after spending days in intensive care following a Covid-19 diagnosis, report agencies.

Balasubrahmanyam was first admitted to hospital in the southern city of Chennai (formerly Madras), India in early August when he tested positive for Covid-19. He tested negative early in September, but continued to receive life support treatment. The hospital where he was being treated said in a statement that he died of a cardio-respiratory arrest.

SPB, as he was popularly known, began his career in Tamil and Telugu cinema in southern India - and became the first crossover singer who gained success in Bollywood. He has crooned more than 40,000 songs in 16 languages in a career spanning over five decades.

As news of his death broke, social media was flooded with condolences and memories as people recollected some of their favourite songs sung by him.

He was a legendary "playback singer" - that is, his voice was pre-recorded for use in films in which actors would lip-sync to the songs. He sang for top composers of his time, including AR Rahman and Ilaiyaraaja.

His breakthrough Bollywood film came in 1981 when he sang for ‘Ek Duuje Ke Liye’, a romantic tragedy that was one of the year's biggest hits.

He was hailed as a singing sensation despite his marked southern accent and became the 'singing voice' for Bollywood superstars such as Salman Khan.

Born in 1946 into a middle class family from Nellore in Andhra Pradesh, India, Balasubrahmanyam broke many social norms despite his traditional upbringing.

Although his father was a devotional singer, Balasubrahmanyam did not go through the rigours of learning classical music which was a norm at most homes.

Instead, he moved to the big city of Madras (now called Chennai) as a young man and formed a band with his friends. It included Ilaiyaraaja, who would go on to become an acclaimed music composer, as the guitarist and others who played harmonica and percussion.

Balasubrahmanyam dropped out from engineering studies in college to take up singing after he was talent-spotted at a music competition by local film music composers.

Working in four southern Indian language film industries kept Balasubrahmanyam busy through the 1970s until the end of the last decade. He became the highest paid singer in southern India.