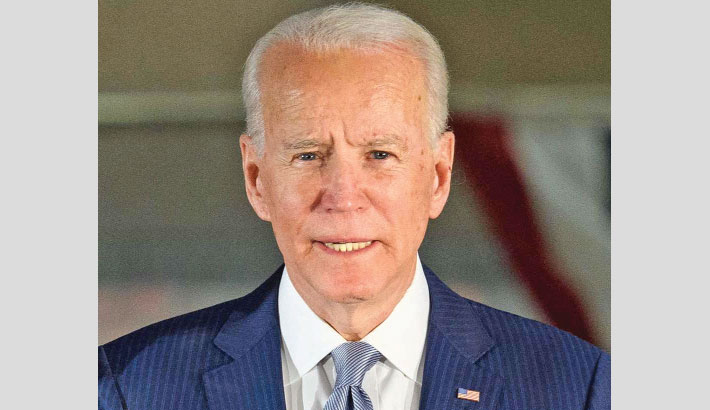 PHILADELPHIA: White House hopeful Joe Biden on Sunday branded Donald Trump’s moves to fill a Supreme Court vacancy less than two months before the US presidential election an “abuse of power,” as some of the president’s own party also objected, reports AFP.

The prospect of an expedited Senate confirmation vote has sparked furious pushback from Democrats desperate to stop Trump moving the court lastingly to the right.

Two Republican senators have also registered their opposition to any rushed vote to replace Ruth Bader Ginsburg, the popular liberal justice who died Friday at 87.

Biden, speaking Sunday in Philadelphia, accused Trump of exercising “raw political power” by attempting to “ram” through his court choice amidst a bitterly fought election campaign.

“I believe voters will make it clear—they will not stand for this abuse of power, this constitutional abuse,” said Biden, who urged the Senate not to act until after the November 3 election.

“If Donald Trump wins the election, then the Senate should move on his selection—and weigh that nominee fairly. But if I win the election, President Trump’s nomination should be withdrawn.”

The president said Saturday that he is going to “move quickly” and that he expected to announce his nominee in the coming week and that it “will be a woman—a very talented, very brilliant woman.”

Biden urged a handful of wavering Republican senators to “follow your conscience.”

The timing of a Senate vote—before the election or in the lame-duck session immediately afterward—remains unclear.

Lisa Murkowski of Alaska said no vote should take place before the election, and Susan Collins of Maine asserted that the choice should be left to whoever is elected in November.