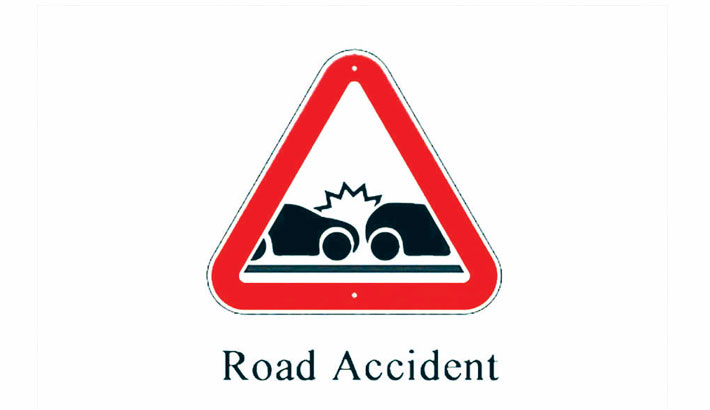 Six people, including a man and his five-year-old son, were killed and 11 others injured in two road accidents in two districts in the last two days.

On Saturday, three people were killed and 11 others were hurt during a head-on collision between a pick-up and a microbus on Mymensingh-Kishoreganj highway in Dangri area of Nandail upazila of Mymensingh.

The deceased are identified as Fahad Alam, 32, his son Turan Alam, 5, of Sreebardi upazila of Sherpur and Fahad’s aunt Jharna Begum, 45, of Bakshiganj upazila of Jamalpur.

Family sources said Fahad Alam was an assistant teacher at a government primary school in Sreebordi. Fahad along with his family members and relatives were travelling on the microbus to visit haor areas in Nikli upazila of Kishoreganj.

Mohammad Monjurul Hoque, officer-in-charge of Nandail Highway Police, said the Kishoreganj-bound microbus collided with a Mymensingh bound pick-up in Dangri area around 9:45 am.

The accident left Fahad and Turan dead on the spot and 12 others of both vehicles injured, he said.

“We have seized both the vehicles, but their drivers managed to flee the scene,” said the OC.

In Gopalganj, three motorcycle riders were killed as a passenger bus hit their motorbike at Muksudpur College under Muksudpur upazila Friday night.

The accident occurred on the Dhaka-Khulna Highway when a bus hit the motorbike, leaving its rider Foysal dead on the spot and two others injured, police said.

The injured were sent to Muksudpur Upazila Health Complex where Al-Amin succumbed to his injuries. Later, Liakot Sheikh died on the way to Faridpur Medical College Hospital.