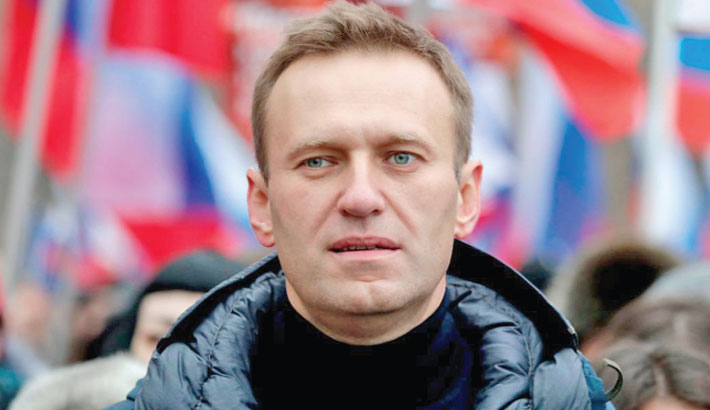 The bottle appears to have been key evidence for Germany’s conclusion that the 44-year-old lawyer and outspoken critic of President Vladimir Putin was poisoned with the military-grade nerve agent.

Specialists from a German military laboratory found traces of Novichok on a bottle of “Holy Spring” water Navalny left in his hotel room in the Siberian city of Tomsk, his spokeswoman Kira Yarmysh said in a video statement.

The discovery “means that Navalny was poisoned before he left the hotel and not in the airport or on the plane,” Yarmysh said.

Navalny collapsed last month on a flight from Tomsk to Moscow after a campaign trip to support opposition candidates in local elections.

Previously aides had suggested he had been poisoned by a cup of tea he drank at an airport cafe.

The 44-year-old lawyer is being treated in a hospital in Berlin and on Tuesday said he was breathing for the first time without medical support.

Germany has said it has “unequivocal evidence” that Navalny was poisoned with a Novichok nerve agent and this week reported that labs in France and Sweden had confirmed the findings.

His ally Lyubov Sobol tweeted Thursday that it was “important to understand that there were traces of Novichok on the bottle in the hotel, (but) that doesn’t mean Navalny was poisoned specifically by the bottle of water.”

He stayed for three nights at Tomsk’s Xander hotel, a modern four-star hotel, and also visited its restaurant, according to transport police.

Navalny’s team, some of whom were staying at the same hotel, collected the bottle and other items from his room after hearing he fell ill. Yarmysh posted video on Twitter of aides in gloves packing up items left in the hotel room in plastic bags.