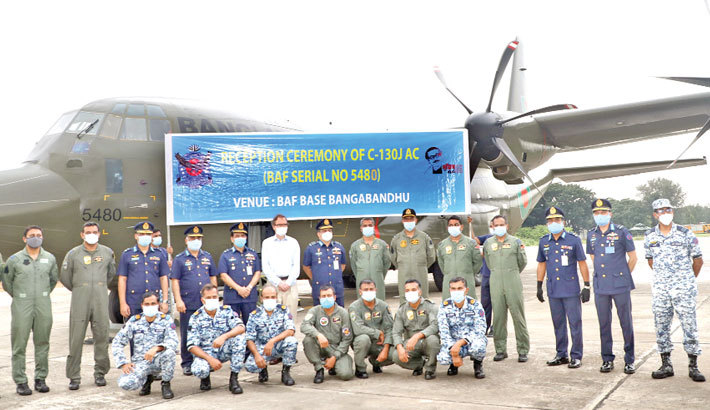 Crew of C-130J pose for a photo with Chief of Air Staff Air Chief Marshal Masihuzzaman Serniabat and British High Commissioner Robert Chatterton Dickson at the reception ceremony of the aircraft at BAF Base Bangabandhu on Thursday.

The third US origin transport aircraft, C-130J, arrived at Bangladesh Air Force (BAF) Base Bangabandhu on Thursday after a ferry flight from the United Kingdom by BAF aircrew.

The C-130J aircraft is equipped with modern avionics and sophisticated technology which would be utilized for transportation of materials, personnel, humanitarian assistance both at home and abroad and to support United Nations Peacekeeping Operations.

Mentionable, the government has earlier taken steps to induct five US origin C-130J aircraft from the UK through G2G agreement.