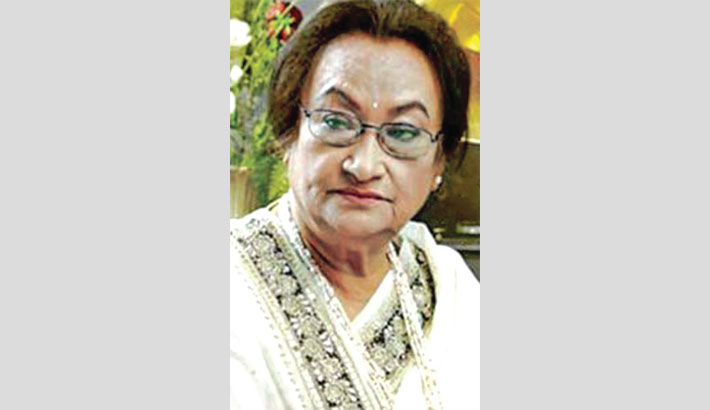 Different socio-cultural organisations have chalked out elaborate programmes, to mark the day.

Televisions channels of the country will also air quality programmes to mark the day.

Firoza Begum was a Bangladeshi Nazrul Geeti singer.  She was born to the zamindars of Ratail Ghonaparha in Gopalganj District on 28 July 1930. Her parents were Mohammad Ismail and Begum Kowkabunnesa. She became drawn to music in her childhood. She started her career in 1940s.

She first sang in All India Radio while studying in sixth grade. She met poet Kazi Nazrul Islam at the age of 10. She became a student of him.

In 1942, she recorded her first Islamic song by the gramophone record company HMV in 78 rpm disk format. Since then, 12 LP, 4 EP, 6 CD and more than 20 audio cassette records have been released.

In 1956, Begum was married to Kamal Dasgupta, a singer, composer, and lyricist. Kamal died on 20 July 1974. Two of their sons, Hamin Ahmed and Shafin Ahmed are musicians. They are currently members of the rock band Miles.

She was awarded Independence Day Award in 1979 by the Government of Bangladesh.

Firoza Begum breathed her last at the Apollo Hospitals, Dhaka due to heart and kidney problems on 9 September in 2014.