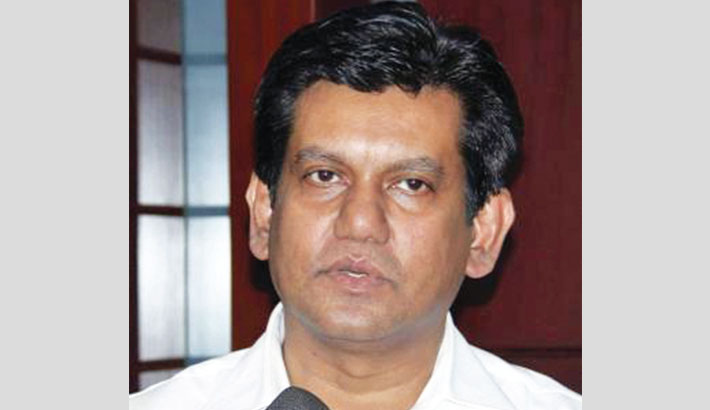 Bangladesh Cricket Board (BCB) is unlikely to go for pay cuts of their staff and cricketers due to the coronavirus pandemic, a route likely to be taken by some cricket boards of other nations during this time of crisis.

England Cricket Board (ECB) announced a financial aid package worth 61 million pounds to help support all levels of cricket in England but at the same time they have declared that they are taking measures to consult with staff on reducing all employees' salaries for two months from April 1.

Proposed cuts will vary according to the employee's job grade, ranging from 25% to 10%. The Executive Management Team and Board will receive a salary reduction of 20%, while Chief Executive Officer Tom Harrison has volunteered a 25% reduction.

Some staff will also be asked to consent to furloughing through the Government's Coronavirus Job Retention Scheme, where after the ECB will supplement to ensure staff receive hundred percent of their reduced salary. The ECB will additionally freeze all recruitment in 2020, with critical roles only being replaced when an employee leaves the business.

ECB are not seeking pay cuts from England's centrally contracted men's or women's players but move in that direction is not unlikely if the crisis lingers for more than expected timeframe.

During a press conference on Wednesday when asked whether he would be open to a pay cut, Eoin Morgan replied that he is ready for anything during this time of crisis.

“I'm extremely willing to help where I know it's going to make a difference. In the uncertain times at the moment, where nobody seems to have any answers of the actual impact it will have on international cricket, English cricket, I'm open to absolutely everything. I'm very aware how serious the situation is. I'm very aware that everybody will be affected within the game. I'm open to helping where and when I can.”

Some of Morgan's teammates have been doing their bit in other ways. Joe Root has just announced he has become patron of Sheffield Children's Hospital while Jos Buttler is auctioning his World Cup final shirt for Royal Brompton & Harefield Hospitals Charity. "It's an incredibly kind gesture. I'm not one for holding on to memorabilia. Other people are different," Morgan said. "The shirt will go for a lot of money and it should do. But the gesture within itself to aid new equipment to be bought is absolutely outstanding."

Tom Harrison, the ECB chief executive, wrote to Tony Irish, his counterpart at the Professional Cricketers' Association (the PCA; the players' union who negotiate pay on behalf of centrally contracted players), on March 29 to broach the subject. In the letter, Harrison revealed that he personally would be taking a 25% pay cut “for at least three months” as the ECB “confronted it as the biggest challenge the sport has known in the modern era.’

BCB Chief Executive Officer Nizamuddin Chowdhury said on Thursday that they are not thinking in that line of going for pay cuts and insisted that rather they are thinking of how to support the cricketers and other stakeholders during this time of crisis.

“We are not thinking in this line (going for pay cuts) at the moment,” said Nizamuddin on Thursday.

“We are confident that we don’t have to take such steps (pay cut) right now as we can survive for quite some time and we hope by that time everything will return to normalcy,” he said.

“We are aware that it’s a very tricky time as everything looks uncertain but we are also aware about our financial strength and hope it will be enough to let us through this crisis,” he said.

“We are working out on how we can be stay beside the cricketers and our other employees at this time of crisis,” he said. BCB said that they have decided to give financial aid to the groundsmen and field workers in the ongoing coronavirus pandemic.

Meanwhile, Cricket Australia (CA) will not be announcing the fresh list of contracts in March as planned. The board has postponed the announcement to the end of April given the financial uncertainty that looms due to the Covid-19 pandemic.

The contracts, which run until June, normally get announced in April but the board had planned to do it in March this year, in order to give more clarity to the state associations.

The Australian Cricketers' Association (ACA) has agreed to the move.

Former India batsman and the current president of the Indian Cricketers Association (ICA) Ashok Malhotra feels that in the present grim situation, where there is a huge uncertainty around the IPL, India's cricketers, some of them the richest in the sport, could soon face a pay cut.

The financial impact of the coronavirus pandemic is set to be massive, particularly in the sporting world, which has seen all the events either cancelled or postponed.