Turkey seeks to defuse tension with Russia in Syria 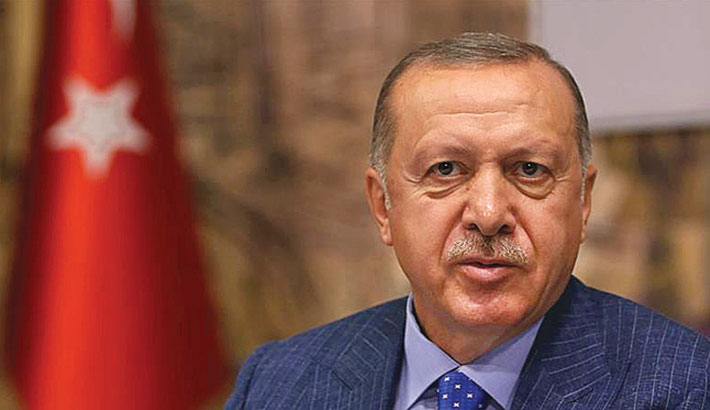 A humanitarian crisis has unfolded in the northwestern province of Idlib as the Syrian regime, backed by Russian air strikes, presses on with an offensive that has forced nearly one million civilians to flee their homes.

“The president stressed the need to stop the aggression of the regime and its supporters in Idlib, and emphasised the importance of providing strong support through concrete actions to prevent a humanitarian crisis,” the presidency said following the call with German Chancellor Angela Merkel and French President Emmanuel Macron.

Merkel and Macron spoke by phone on Thursday with Russian President Vladimir Putin, calling for the fighting to end and seeking a four-way summit including Erdogan.

A Kremlin spokesman told reporters on Friday that “the possibility of holding a summit is under discussion”, adding that there was still no clear decision.

Turkey has lost 16 military personnel in Idlib this month in clashes with Syrian forces, and has bolstered its positions while calling for regime troops to pull back.

It is determined to prevent a fresh influx of displaced people adding to the 3.6 million Syrian refugees it already hosts.

Erdogan also addressed the conflict in Libya with Merkel and Macron, saying they should work together.

Libya has been mired in chaos since 2011 when a NATO-backed uprising led to the killing of longtime dictator Moamer Kadhafi.

Meanwhile, Turkey said Thursday it wanted no “face off” with Russia over its Syrian ally’s months-long offensive against Turkish-backed rebels in northwest Syria, reports AFP.

In their phone call with Putin, Germany said Merkel and Macron also voiced concern about a “humanitarian catastrophe” that has seen an estimated 900,000 people flee their homes since December. Earlier on Thursday, Turkey blamed a Syrian regime air strike for the deaths of two of its soldiers in Idlib.

It brings the number of Turkish personnel killed by Syrian forces this month to 16. Five others were wounded on Thursday, the defence ministry said

“We have no intentions of a face-off with Russia,” Turkey’s defence minister Hulusi Akar told CNN Turk broadcaster, adding talks would continue with Russian officials. One of the issues being discussed is the airspace above Idlib and Turkey’s expectations for Russia not to get involved, Akar said.

There has been no concrete agreement between Russia and Turkey after two rounds of talks between their respective delegations in Ankara and Moscow earlier this month.

Ankara insists that it wants to avoid a humanitarian disaster but also wants to avoid flow of refugees into Turkey, which is already home to 3.6 million Syrians.

Turkey has 12 observation posts in Idlib province, set up after a deal signed with Russia in the Black Sea resort of Sochi in 2018 to prevent a regime offensive.

But its forces have come under increasing attack.

“There is the threat of air strikes, missiles against our country,” Akar told CNN Turk channel. “There could be Patriot support.”

The Patriot systems are composed of high performance radars and interceptor missiles capable of destroying incoming ballistic missiles in flight.

Akar ruled out any US troop support in the interview filmed earlier on Thursday.

Any delivery of US Patriots would be difficult since Ankara purchased the S-400 Russian air defence system despite Washington’s objections and concerns.

Despite this and the remaining threat of US sanctions against Turkey over the purchase, Akar said the system “would be activated... No one should doubt this.”

The minister also again criticised the US over its move last year to kick Turkey off its F-35 fighter jet programme as punishment for the S-400 purchase. “We are a partner in the programme, not a customer,” he added.

Turkey has warned Damascus of an “imminent” operation if regime forces do not move back behind Ankara’s military posts in Idlib.

“We urge the Turkish side, in order to avoid incidents, to cease support of the actions of terrorists and handing them arms,” the Russian defence ministry said in a statement.

Clashes were also reported between regime forces and Turkey-backed rebels in Nayrab, between the provincial capital of Idlib and the town of Saraqeb, according to the Syrian Observatory for Human Rights.

The UK-based war monitor said at least 11 fighters on the pro-regime side and 14 on the pro-Turkey side were killed in the flare-up.

Despite being on opposing sides, Turkey and Russia have worked in the past to find diplomatic solutions to the conflict, but recent talks over the Idlib offensive have failed to yield results.

“There has been a little more convergence in the last meetings, but we are not at the point we wish to be,” Turkish Foreign Minister Mevlut Cavusoglu told state broadcaster TRT on Thursday.

Ankara denies Moscow’s claims that it supports extremist groups in the region.

Idlib is held by an array of rebels dominated by the Hayat Tahrir al-Sham (HTS) jihadist group, which is led by members of the country’s former Al-Qaeda franchise.

More than 400 civilians have been killed since mid-December in bombings that have also hit hospitals and schools, according to the Observatory.