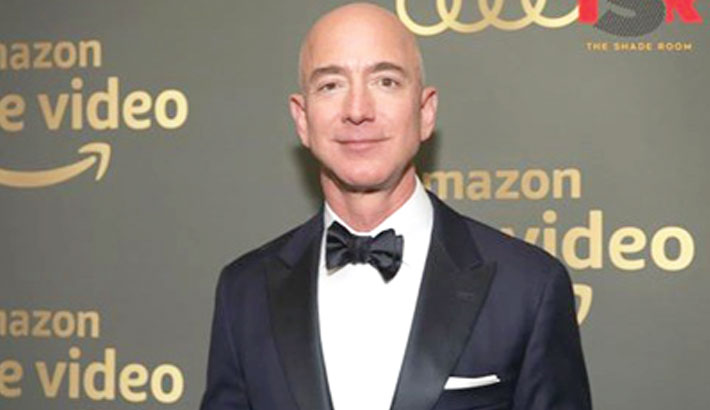 Amazon CEO Jeff Bezos has pledged $10 billion to a new fund to tackle climate change but activists have urged the world’s richest man to first clean up the e-commerce giant’s own lacklustre environmental record, reports AFP.

The e-commerce tycoon said the Bezos Earth Fund would “fund scientists, activists, NGOs—any effort that offers a real possibility to help preserve and protect the natural world.” “Climate change is the biggest threat to our planet,” Bezos, whose net worth is estimated to be around $130 billion, said in an Instagram post to his 1.4 million followers on Monday.

However, Greenpeace USA said Amazon still had “massive climate issues,” asking: “Why won’t Bezos lead by cleaning up his own house?”

Amazon has been accused of creating vast amounts of waste from the packaging it uses for doorstep deliveries, as well as for the greenhouse gas emissions from huge vehicle fleets.

The company, which in December said its workforce had hit 750,000, has also been denounced over its carbon footprint because of the high energy consumption of its server farms for its lucrative cloud computing activities.

Amazon Employees for Climate Justice, the group behind last month’s criticism, responded to Bezos’ pledge by urging the company to stop working with oil and gas companies and swap its diesel trucks for electric vehicles.

“We applaud Jeff Bezos’ philanthropy, but one hand cannot give what the other is taking away,” the group said in a statement.

Bezos, who maintained his status as the world’s richest person despite an expensive divorce last year, said his new foundation would begin issuing grants later this year.

“I want to work alongside others both to amplify known ways and to explore new ways of fighting the devastating impact of climate change on this planet we all share,” Bezos said in his announcement on Monday.

Last September, he said Amazon would pledge to become carbon neutral by 2040 and vowed that the company would order 100,000 electric delivery trucks.

Rather than make investments that the business guru might profit from, the fund would allocate grant money to projects, The New York Times said, quoting unnamed sources familiar with the initiative. Bezos divulged few details on his social media post.

Bezos has often clashed with US President Donald Trump, who regularly attacks climate change activists and recently called them “perennial prophets of doom.”

The fund was described as Bezos’s biggest philanthropic commitment.

However the New York Times said that even if Bezos spent the full $10 billion—approximately 7.7 percent of his fortune—immediately, he would still be the world’s richest person.

Last week, he reportedly agreed to buy a Beverly Hills mansion built in the 1930s by Hollywood movie mogul Jack Warner for $165 million, a record price for a California home.